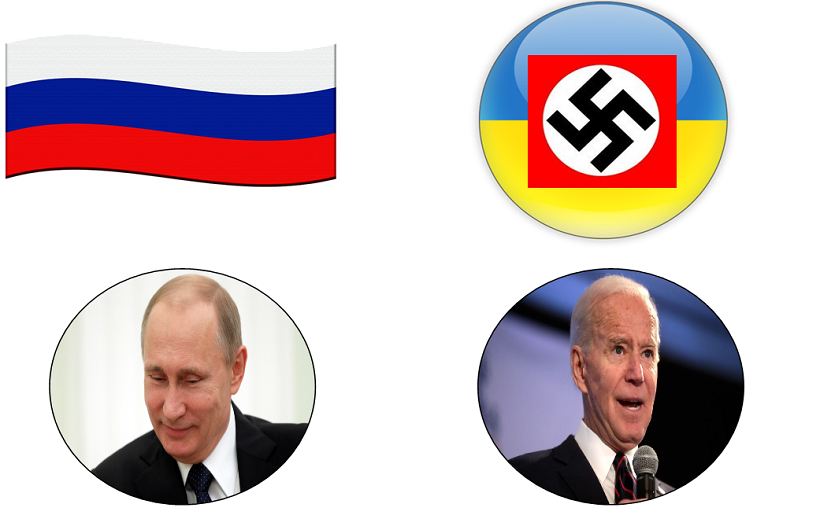 When Russia’s President Putin said that he was launching its special military operation in Ukraine to “denazify” the country, he knew what he was talking about. Ukraine’s deep connection to Nazis has been exposed by multiple sources with evidence.

The Gateway Pundit reported on how NBC seemed to be unaware of who they were showing in their news report – aired on February 14 – when they featured the Azov Battalion of Ukrainian military. The story added that they had previously reported on the neo-Nazi battalion that is violent, especially toward immigrants and trans-gender people.

In a story by Joe Hoft, published on February 20, the Azov Battalion was referred to as “Biden’s friends in Ukraine”. The story explained that the neo-Nazi Azov Battalion is clearly identifiable by its Wolfsangel insignia used by Hitler’s SS in the Second World War.

The Obama/Biden Administration is friends of the neo-Nazi group the Azov Brigade.  They recognized them in the US Embassy in Ukraine in 2014.

The story posted pictures of the neo-Nazis and indentified them by names.

They are pumping weapons in; we’ve seen this before. I personally witnessed this in Syria myself.

The revelation of the connection between leftist US/West and Nazis in Ukraine is made worse with the reports of US-backed biological weapon labs operating in Ukraine.

The neo-Nzi media run by leftist globalists around the world, however, has practiced a deafening silence over Ukraine’s Nazi battalion. Instead of real reporting on the issues sparking the conflict and analyzing the on-ground situation from both conflicting sides, the fake news web of the world has been churning out war propaganda against Russia 24/7. Russian news sources, on the other hand, are being banned from many platforms in a typical leftist Nazi manner.