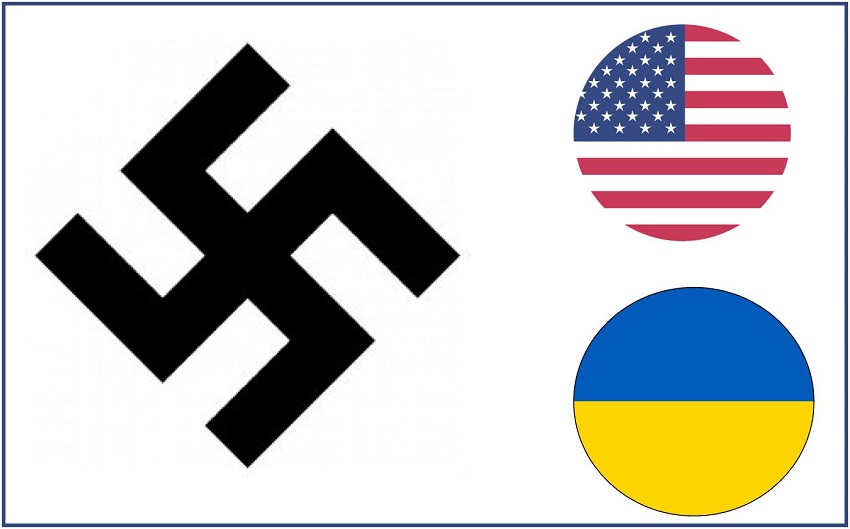 Nazism is alive and 52 countries including the United States support it, as shown once again by the vote on a United Nations resolution on Friday. Mainstream media in America and the west seemed uninterested in reporting on the vote.

The resolution introduced by Russia is called “Combating glorification of Nazism, neo-Nazism and other practices that contribute to fueling contemporary forms of racism, racial discrimination, xenophobia and related intolerance.” As reported in Russia Today, the resolution opposes glorification of Nazism and neo-Nazism in various forms like construction of monuments and holding ceremonies etc.

The presence of neo-Nazis in Ukraine is well-known and Ukraine’s military has its important Azov division that openly embraces Nazi ideology. The United States has been supportive of Ukraine’s military and political hostility toward Russia. In the ongoing Russia-Ukraine conflict, the United States and its European allies have surfaced as the political hands that move Ukraine’s puppet administration. Since 2014, United States and Ukraine have been regularly opposing Russia’s annual resolution against glorification of Nazism as reported on DeTv.

Last year when the resolution was introduced in the UN, Ukraine and United States were the only countries that voted against it.

It is interesting to observe the silence of mainstream media on this issue. Nearly all major mainstream media websites in US and the west have ignored the story. Globalist propaganda platform Yahoo posted a Ukrainian propaganda post that tries to rationalize why it votes against the resolution. Instead of honestly admitting its adherence to Nazi ideology, the Ukrainian regime accused Russia of distorting history.