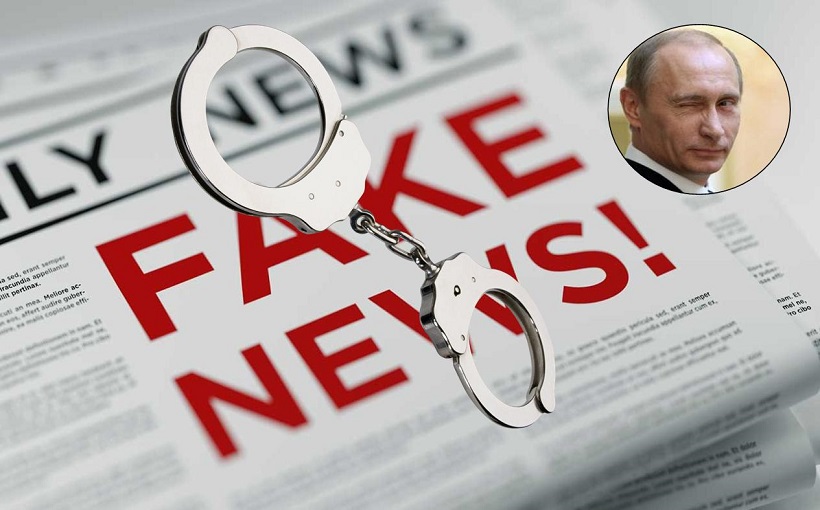 The leftist propaganda machinery, the sworn enemy of the people, is on the run from Russia as the Russian government made spreading fake news a crime in its country amidst the armed conflict in Ukraine.

Leftist propaganda networks including BBC, CBC, and Bloomberg have stopped reporting in Russia after the law against fake news was announced Friday. The Globe and Mail reported today that BBC stopped reporting in Russia after the Russian parliament passed the law criminalizing intentional spreading of fake news. The new law will punish violators with up to 15 years in prison if convicted in addition to fines.

Canadian liberal propaganda network CBC and American leftist propaganda outlet Bloomberg also suspended their operations in Russia. All three networks are likely to continue spreading fake news from outside Russia once they pull out and leave the country.

Leftist fake news mobs have been working against people of the free world for decades, covering up for the crimes of the elite criminals that fund these outlets while creating political and corporate propaganda against specific targets. In recent years, the propaganda mobs have colluded with leftist governments and pharmaceutical corporations to manufacture the COVID-19 pandemic hoax, sell useless and dangerous vaccines to people, and cover up big crimes like the massively rigged 2020 presidential election in the United States. In the current Russia-Ukraine conflict, the propaganda mobs are aligned with the neo-Nazi state of Ukraine.

Russia not only kicked the neo-Nazi propaganda mobs in their behind with its law against fake news but also banned the anti-American and anti-free speech social media sites Facebook and Twitter. Russia Today reported today that the move to ban Facebook comes as retaliation for Facebook’s censorship of Russian media outlets. WFIN reported that Russia also added Twitter to the list of banned sites in the country. Facebook and Twitter routinely censor free speech and particularly target conservatives that criticize the crimes and lies of the leftist establishment. A year ago, Twitter even banned U.S. President Donald Trump.

As the presstitutes are being kicked hard by a stern and unwavering President Putin, they are playing the victim card, like typical hypocrites, and crying censorship. For victims of these fake news mobs, it’s popcorn time!