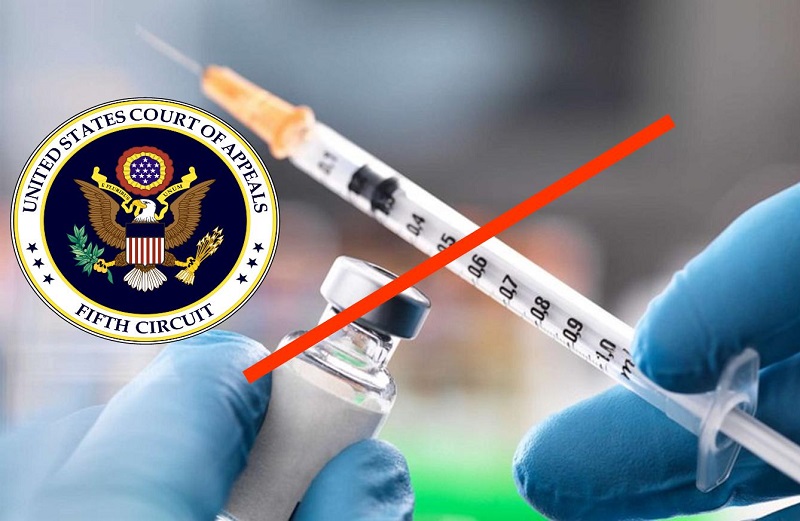 The illegitimate vaccine mandate of Biden’s illegitimate administration has been legitimately blocked, albeit temporarily, by a federal court in New Orleans.

The National Review reported today that the U.S. Court of Appeals for the Fifth Circuit, based in New Orleans (Louisiana), has issued a “terse order” halting Biden’s vaccine mandate temporarily. The story cited the court order as:

Because the petitions give cause to believe there are grave statutory and constitutional issues with the Mandate, the Mandate is hereby STAYED pending further action by this court.

The story tells that the stay order from the federal court in New Orleans comes in response to a challenge to Biden’s vaccine mandate filed by the States of Texas, South Carolina, and Utah, along with a number of businesses and religious employers. The court has ordered Biden’s Occupational Safety and Health Administration (OSHA) to file its brief by 5 p.m. on Monday.

While the court’s order to stay the vaccine mandate is temporary, it comes as good news for millions who have lost faith in the judicial system and its will to hear cases that protect the freedom and constitutional rights of Americans.

A number of other lawsuits are in progress to stop Biden’s war against America. The courier journal reported that Daniel Cameron, Kentucky’s Attorney General (AG), along with other AGs have filed lawsuits against the vaccine mandate that requires businesses to impose the COVID vaccine on its employees.

Leftist propaganda outlets meanwhile are sore that a conservative panel of judges in a federal court halted the tyrannical measure of Biden’s administration against Americans. The Philadelphia Inquirer included a comment from an establishment “public health expert” from Georgetown University, who criticized the New Orleans court’s order as an attempt to “stop or delay safety rules” in a “health crisis”. The establishment mouthpiece was cited saying that “unelected judges that have no scientific experience” conveniently forgetting that Biden and most of the lawmakers also have no scientific experience.