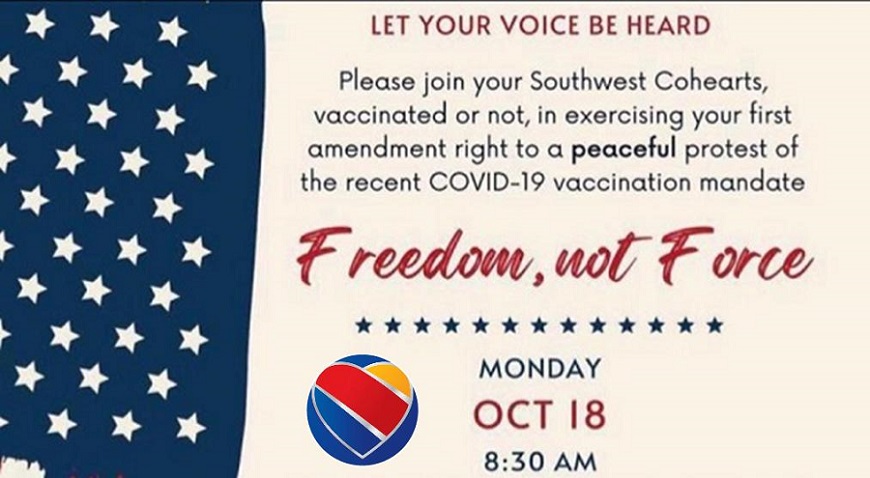 The concerned employees of Southwest Airlines are protesting today outside the company’s headquarters in Dallas, Texas, against the airline’s vaccine mandate for all its employees.

The Southwest rally is titled Freedom, Not Force and it invites freedom-lovers to the peaceful protest against the vaccine mandate announced by Biden.

The Right Side Broadcasting Network is set to air the Southwest rally live at 10 am (Eastern Time). The YouTube page of the rally says:

Southwest Airlines employees rally in front of the corporate headquarters in solidarity against the vaccine mandate which threatens their jobs and livelihood.

You can watch the rally live via the video below.

The unconstitutional orders of imposing vaccines on Americans come from an illegitimate president, who was planted in the White House via a massively rigged election in 2020, and is putting countless lives at risk. Airline industry is hurting bad and Southwest is one of the major airlines that have caved before Biden’s agenda. The protest of its employees is a glimpse of the nationwide rejection of the left’s scheme for Americans – taking away civilian rights and ruling them as tyrants instead of serving the country and its constitution.

One thought on “Employees of Southwest Rally against Forced Vaccination”