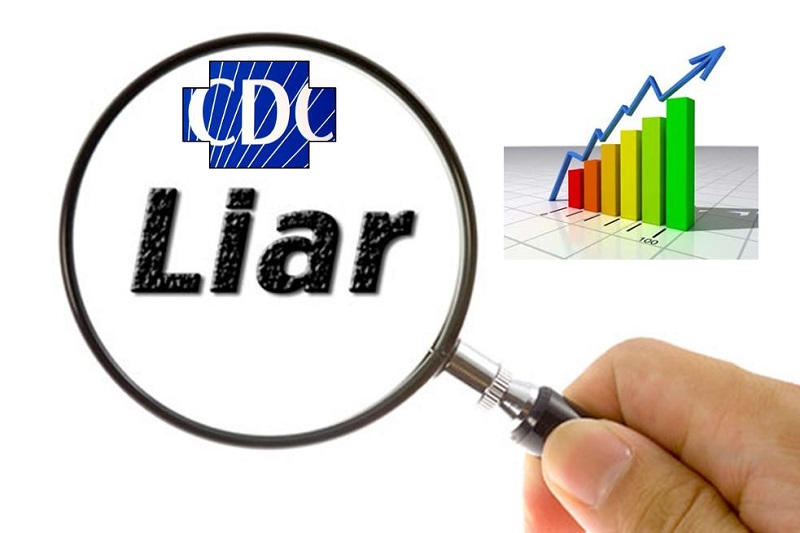 The disgraced and discredited CDC has been caught lying yet again, very openly and very shamelessly, as it was caught manipulating numbers of COVID vaccine deaths. The agency displayed 12,313 deaths on its website and when media noticed, it quickly denied its own numbers, saying it was just an error.

“The new figure means CDC has now received more reports of deaths following COVID vaccination than ALL OTHER VACCINES COMBINED IN THE 30-YEAR HISTORY OF VAERS,” he wrote on Twitter.

When the paper inquired with CDC, they instantly went in denial and called the new numbers an error. The agency’s spokesperson told the paper that their actual number of COVID vaccine deaths is “only 6000” and not that displayed on their website.

It seems the agency’s censor of numbers of COVID vaccine deaths for some reason malfunctioned and during that time, the deaths being reported on ongoing basis went uncensored onto their website. But since they control what figures to officially present as valid, easing figures is just normal to their game.

CDC has a long history of lies and academic fraud and had questionable credibility until its open lies, manipulation of numbers, and walking back their own figures and statements during the so-called pandemic destroyed whatever was left of their credibility as a health agency. In May this year, CDC’s incompetent director, Rochelle Walensky, struggled to rationalize the agency’s position when it was caught appeasing a teachers union instead of acting on its so-called science.

Owing to the open fraud of CDC on multiple occasions, Stand for Health Freedom believes the CDC needs to be investigated for its conduct during the COVID 19 crisis.

3 thoughts on “CDC Erases COVID Vaccine Deaths to Half, Calls It Error”