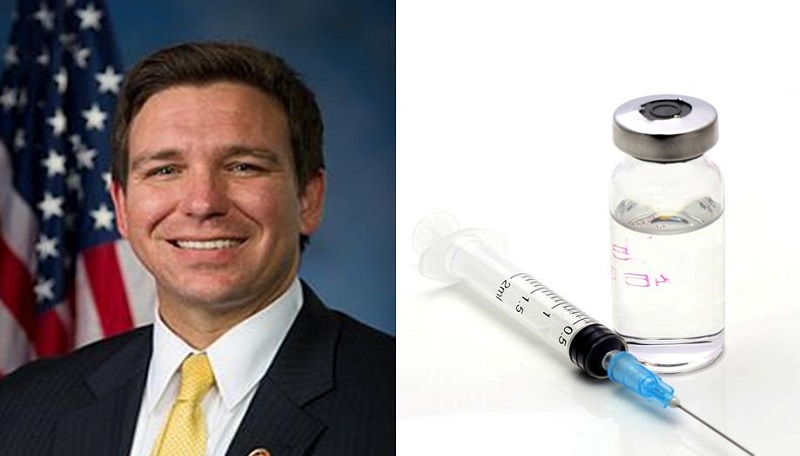 Yet another sad day for all those who trust and support Florida’s Governor Ron DeSantis as the man has caved to the pressure of the vaccine mafia. Now he is reading the same deceptive script to his audience that the vaccine mafia, liberals, and propaganda networks have been echoing for months: vaccines are safe and effective and you should take it.

At a news conference in St. Petersburg on Wednesday (July 21, 2021), DeSantis repeated the lies of vaccine safety and effectiveness as reported in the mainstream propaganda outlet News4Jax:

I can tell you that we’re going to end up having over 95% of folks that end up seriously ill from this point on are going to be people who are not vaccinated. And so, that’s the single most important thing that people can understand.

Here, he was repeating the recent lie of Rochelle Walensky, the quack heading the CDC who has her comments walked back by the CDC more than once, who recently claimed without evidence that over 99 percent deaths caused by COVID are among unvaccinated people. Propaganda mobs ran her statement without asking for evidence to back up her claim.

Interestingly and alarmingly, DeSantis also recently signed a bill that bans vaccine passports, but a particular clause in the bill allows state health officials forcing people to get tested and even vaccinated in case of a health emergency—like this the so-called pandemic manufactured in 2020 to enslave people worldwide.

Comments have started pouring in on different videos of DeSantis and many supporters are now expressing disappointment over his sudden jumping in step with the vaccine mafia. Many are calling him a liar, and asking why he’s suddenly acting this way. One comment read: “Oh my goodness, he sold out. What in the world! What happened to you governor?” Another says, “He made a deal somewhere. Don’t trust this guy!” These comments are on the BitChute video included below.