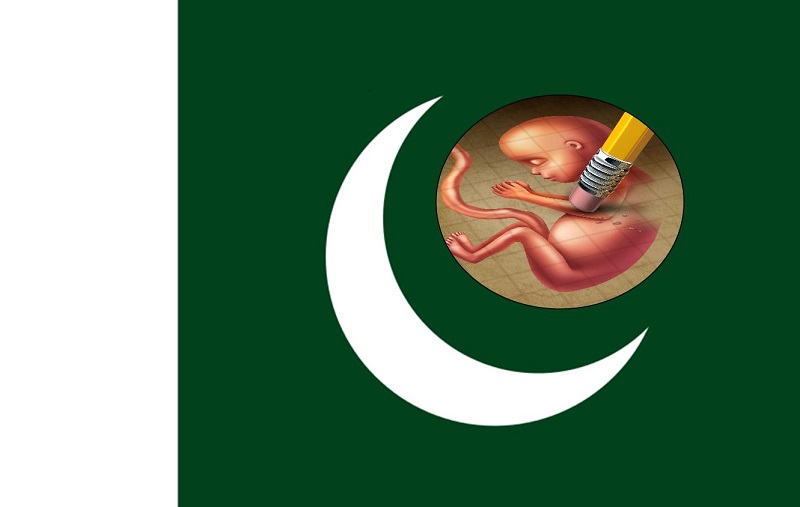 My Body My Choice, the watchword for abortion mafia, was the slogan of the women’s march in Pakistan on March 8th. And in an Islamist society, it was of course met with resistance.

Represented by the Planned Parenthood, the abortion mafia makes it a mission to talk women into aborting, aka KILLING, their unborn babies, particularly women who are young and vulnerable (financially, emotionally, or otherwise). Parts of the aborted baby are then used, depending on how old the fetus is at the time of killing.

Radio Free Europe reported that Islamists threw stones at the women’s march in Pakistan’s federal capital Islamabad, causing injuries to some women participating in the march. The story says that conservative Muslims held their own march themed on modesty.

Many women participating in the rival Modesty Walk wore burqas and chanted, “Our bodies, Allah’s choice.”

Pakistanis, especially the self-proclaimed liberal feminists, are predominantly-if not exclusively-aligned with the leftist/liberal groups supporting the Democrats in United States and they are pretty quick in following the cultural/political agenda of the liberals in the US. Islam doesn’t preach abortion (or contraceptives) but values children, lots of them, brought up as Muslims so they can fight for Islam.

Interestingly immigration of Muslims to the west is a top priority of the Democrats in the US and elsewhere in the west. Therefore there are hardly any stories of Muslim women matching for abortion in the west. But with the arrival of My Body My Choice slogan in Pakistan, it is likely just paving the way for new legislation, likely fast-tracked one, to let women abort easily without male intervention.