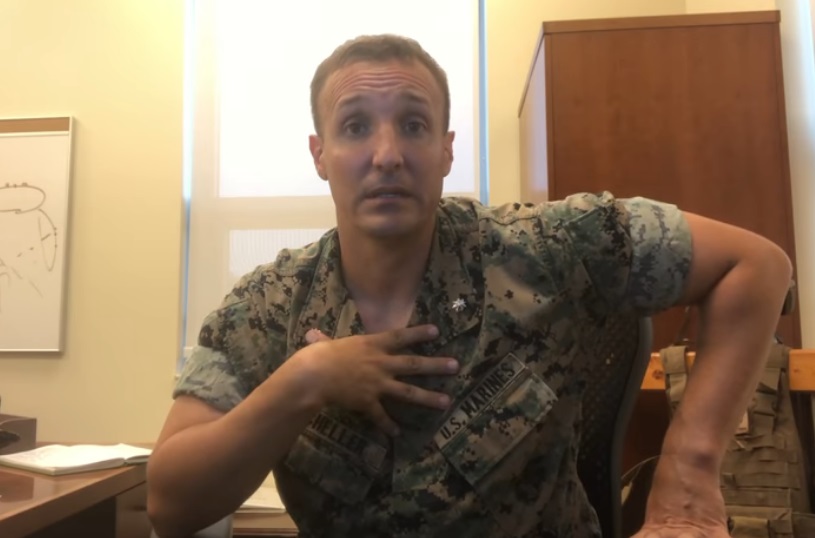 Update – August 29, 2021: The Liberty Daily reported today that Lt. Col. Stuart Scheller has resigned from his position and posted a video of Scheller announcing his resignation and explaining his position.

Truth hurts and truth from someone who loves his country hurts the establishment even more. Hence a US Marine who demanded accountability for the leadership’s bad decisions in Afghanistan was fired immediately after he posted a video to Facebook.

Blaze Media reported on August 28 that US Marine Lt. Gen. Stuart Scheller posted a video to Facebook  wherein he is seen asking for accountability of senior military leaders whose botched withdrawal from Afghanistan led to the loss of 13 soldiers killed by Islamic terrorists. The video has been posted to multiple social media sites.

People are upset because their senior leaders let them down and none of them are raising their hands and accepting accountability or saying ‘we messed this up.

Within 24 hours of posting the video, the Marine announced on his Facebook page that he has been relieved of his duties. He wrote:

To all my friends across the social networks.  I have been relieved for cause based on a lack of trust and confidence as of 14:30 today.

Scheller has served in both Iraq and Afghanistan in 2007 and 2010 respectively, according to Blaze Media.