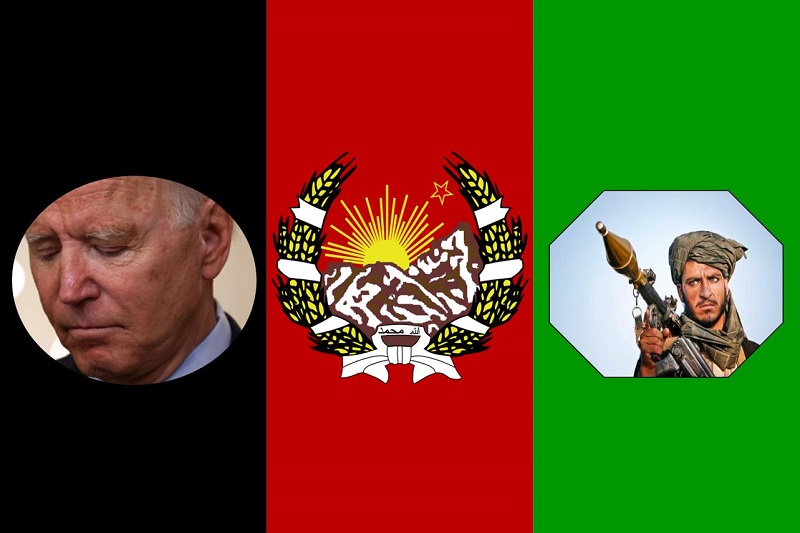 The Taliban have been granted their long-wanted wish of ruling Afghanistan as the gift of a lifetime by the pro-terror administration of America’s unelected president Joe Biden. The Islamic terror group has taken control of the country’s capital as the story trends in media and on social media.

It’s been hardly 7 months of the senile Biden planted in the White House via a massively rigged election and his nowhere-to-be-seen foreign policy has started becoming clearly visible—let Islamic terror take over the world. Afghanistan is the first causality in Biden’s dementia-ridden foreign policy. The mumbling idiot certainly had no idea, as usual, of what he was talking about when he said just weeks ago that the Afghan government would stand after US withdrawal.

Congressman Steve Scalise summed it up quite neatly as Biden’s Saigon moment.

The Taliban’s takeover of the Afghanistan means many basic human rights going down the drain. The radically corrupt and compromised United Nations will immensely benefit from the crisis as its network of so-called non-profits will start collecting hundreds of millions from around the world in donations to pretend it’s helping the victims of injustice and oppression.

It’s a sad day for the world to see a nation going into 21st Century slavery of Islamic terror. The Russians surely are having their day of thanking the Bidens to humiliate America on the world scale when they failed to do it in a decade of war in Afghanistan. America’s enemies must have thanked Obama and Hillary Clinton generously for doing it in Libya in 2012 – which is when the senile pedophile was the Vice President.

The fall of Afghanistan immediately after Biden’s withdrawal of US troops is no surprise since a senile and demented man who belongs in a secure nursing home is allowed to be lost in an office while his wife doesn’t care where he wanders and his staff has to make sure he doesn’t eat toilet paper for a snack before attempting to flush himself in the toilet. God save the nations that depend on the Bidens of the world!