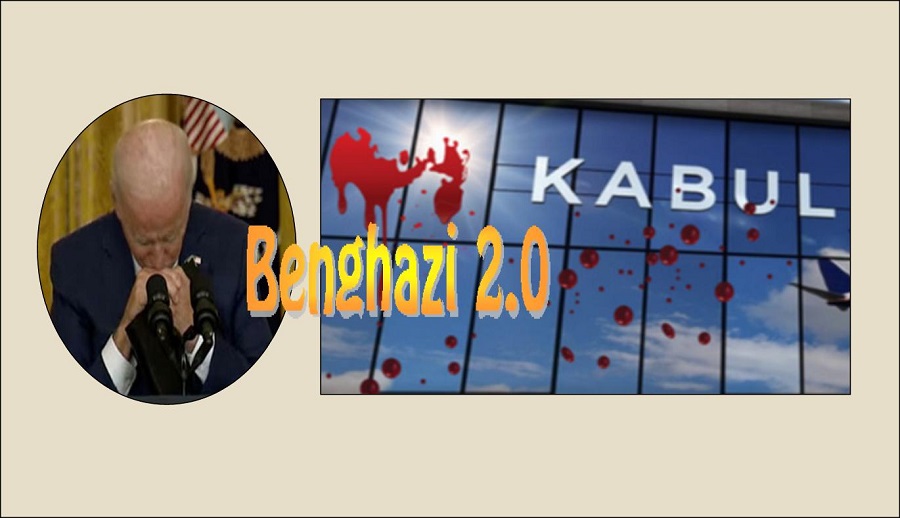 Benghazi was a reboot of 9/11, carried out on September11 in 2012. Thursday, August 26, was a reboot of Benghazi in 2021. The pro-terror administration of Biden and Harris generously armed the Taliban and other Islamic terrorists in Afghanistan, just like Obama did in Libya and Syria. The result was the same as the world saw it in 2012 – violent destruction of American lives and the rise of Islamic terror across the world in just 7 months of their government.

The rise of ISIS during 8 long and destructive years of Obama’s government in the United States directly matched the embrace of Islamic terror by the Obama administration. The details of this Democrat-Islamist alliance are documented in the book See Something Say Nothing authored by Obama era’s immigration security whistleblower Philip Haney, who himself was found murdered in California in February last year. The FBI promised an investigation and since then nobody heard anything about it.

Is Benghazi 2.0 the worst America saw under Biden? Were these 13 corpses of Americans Biden’s last gift to America? Hardly so – in fact, this is very likely the beginning of the end of American strength and status of a power on the global map. As the situation gets worse by the day under the senile and incoherent Biden and his incompetent and trashy VP, more American lives are at risk in Afghanistan and elsewhere. In addition, the senile ruler of an endangered America admitted that his administration may have given Taliban the list of Afghans who aided the United States, putting many pro-American lives at risk.

With Trump removed from office by a massively rigged election in 2020, the Democrats have revived their mission of destroying America and murdering Americans while empowering criminals and creating chaos. Islamic terrorism is the asset of Democrats and Biden is a treasure to the Islamic terrorists. Benghazi 2.0 is just a glimpse of what is coming. The question is: will there be an America left to save by the time this illegitimate administration comes to an end?