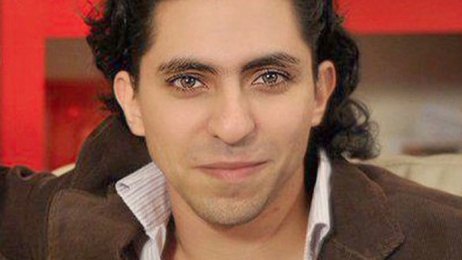 Time and again Saudi Arabia has proven as the hell on earth for free-spirited people. The country’s fundamentalist monarchy is infamous for grave human rights violations and continues to terrorize those of its citizens who raise a voice for freedom of speech. The case of blogger activist Raif Badawi is currently in news for the accused is now said to face possible execution by the state on charges of apostasy.

By fundamentalist Islamic law, if a Muslim person leaves Islam and adopts a new ideology or belief system, he/she is considered an apostate and is punishable by death. In some Muslim states like Saudi Arabia, apostasy law has been the cause of terror for Muslims who left Islam; some of them fortunate enough to make it to other countries away from the hands of tyranny. Complementary to apostasy is the blasphemy law for which punishment ranges from imprisonment and torture to death penalty. Rafi Badawi has been accused of both because he chose freedom instead of slavery.

Badawi, 31, started an online forum called the “Free Saudi Liberals” in 2008 for discussing Islam as it is practiced in Saudi Arabia. He was arrested and charged with insulting Islam in 2012 when he returned to Saudi Arabia after charges against him were dropped, as reported by Russia Today. However, upon his re-arrest, he was sentenced to 7 years of imprisonment as well as physical torture worth 600 lashes on the same charges. Now he is being pushed toward death on charges of apostasy by the state’s mock judiciary.

Rafi Badawi is one of those brave Saudi citizens who stand up to the terrorist mindset of states like Saudi Arabia. Activists around the world are calling for his release and their cries are falling on deaf ears. l But is it any less of a shock to learn that the same Saudi state has lately been elected as one of the members of the UN Human Rights Council, as reported by Reuters. Saudi Arabia’s barnarianism is no secret; but what about UN and the developed US and its allies who have always supported and continue to support the fanatic Saudi regime through all its atrocities against humanity including sponsorship of the 9/11terrorist attack on US soil?

3 thoughts on “Terror in Saudi Arabia: Liberal Blogger May Face Execution for Apostasy”