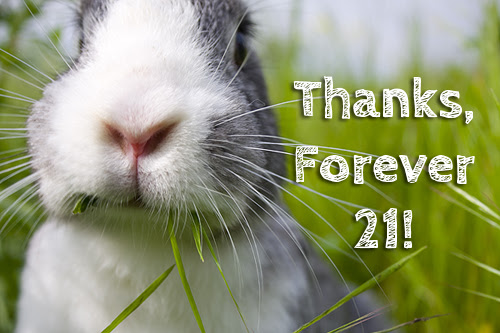 “Forever 21 has announced that it will no longer sell products made with angora wool and has banned it entirely!”

Though celebrating the victory and thanking Forever 21 for the compassionate decision, the message from Peta2 expresses concern over the continued use of angora by companies like Gap. Peta2 is currently petitioning Gap to Stop Selling Angora.

One thought on “Victory for Rabbits: Forever 21! Says ‘No’ to Angora Wool”