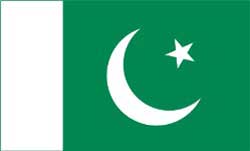 A proposed law by the ruling political party of Pakistan has evoked serious opposition by opposing parties as the law in question gives unbridled power to security agencies and renders citizens helpless against potential exploitation by law enforcement.

The new legislation, called Protection of Pakistan Ordinance (PPO), has been proposed by Pakistan Muslim League Nawaz group (PML-N), the party currently holding the federal government in the country. PPO, whose text has been made available online, entitles the police, armed forces of Pakistan, and judiciary to arrest and detain any person without any warrant if suspected of involved in anti-state activities, committed or planned.

The proposed law also states that a person detained by the law enforcement on suspicion of involvement in anti-Pakistan activities will be burdened with the proof of proving him/herself innocent; and further that if the suspect’s identity could not be ascertained, they would be assumed as an “enemy alien” and “presumed to have joined waging war or insurrection against Pakistan”.

The legislation has already been passed by the National Assembly where PML-N enjoys a majority. However, the law may well be rejected by the Senate of the country where the opposition parties, dominantly the secular Pakistan Peoples Party (PPP), are in majority and have serious reservations about PPO.  PPP Senator Senator Farhatullah Babar was quoted by The Nation, calling PPO the “license to the security agencies to continue kidnapping people and dumping bodies”.