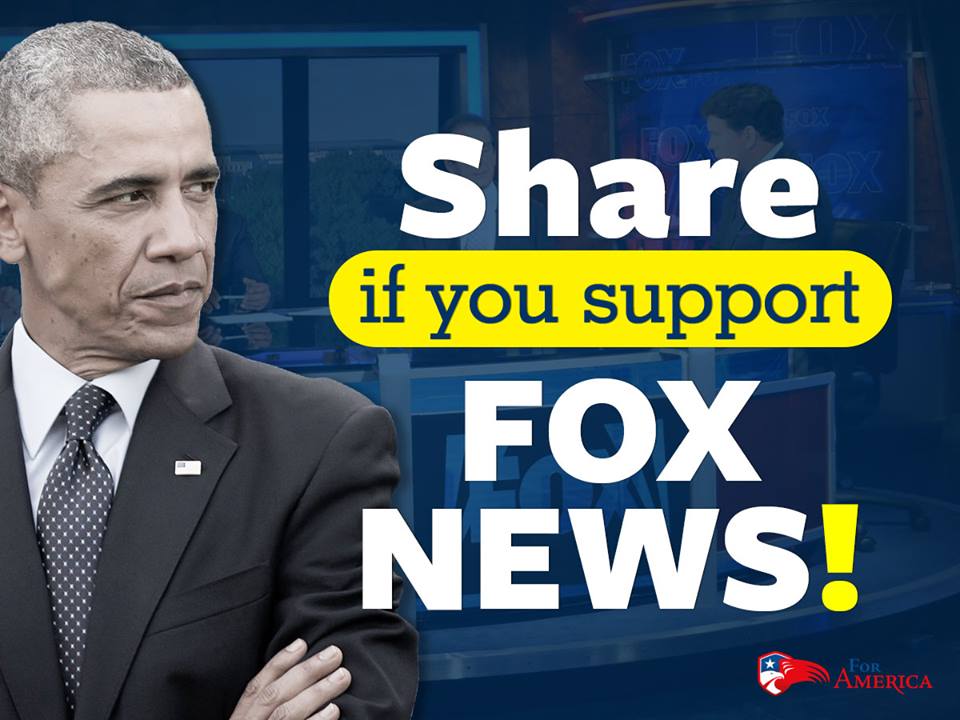 Social media and blogosphere are commenting now on President Obama’s latest newsmaker – suggestion to “change” how media presents issues, and that he said while specifically referring to Fox News.

The Political Insider quoted Mr. Obama opening up on how he is pissed by people appearing on Fox News: “They will find folks who make me mad.” The president accused Fox of making “the poor” appear “lazy and undeserving” among other things. And then he was quoted saying that to bring about a positive change it’s important to “change how the media reports on these issues, and how people’s impressions of what it’s like to struggle in this economy looks like.”

This quote is being taken for Obama’s direct attack on Fox and currently advocates of free speech are crying out in support of Fox News. The pic here from For America’s Facebook page tells a story of the reaction to Obama’s comments and the suggestion that strikes an alarm among people against censorship of commentary and reporting.

All mainstream lies one some issues or many, if not most. But Mr. Obama’s referring to Fox specifically with the words how they find folks who make him mad – that is certainly some reaction from a president. It’ll be quite interesting to reach the president’s office and ask how often he watches Fox News in the White House. And we know now that he does watch it enough to get pissed.