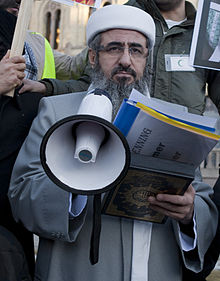 Europe is finding itself face-to-face against radical Islamists that it allowed to thrive on its soil, and now the threat is taking its toll.

After the terrorist attack on the satirical magazine Charlie Hebdo in Paris last month, fundamentalist Muslims around the world showered praise on the attackers and some actively encouraged such acts of terror. One of these supporters of terrorism is an Iraqi-born cleric popularly known as Mullah Krekar, who preaches hatred in Norway and as news reports inform that he has been arrested again. This time he has been taken into custody for expressing happiness over the killings of Charlie Hebdo and praising the killers in a TV interview.

The role of media comes to a question here. Why cameras and mics turn to clerics to give them exposure as if they are people whose word matters. The simple and most effective solution is arrest, speedy trial, and deportation. Keeping them in jail and feeding them off taxpayers’ money never solves the problem. To get rid of them, these fanatics need simply be thrown out of the boundaries of the state.