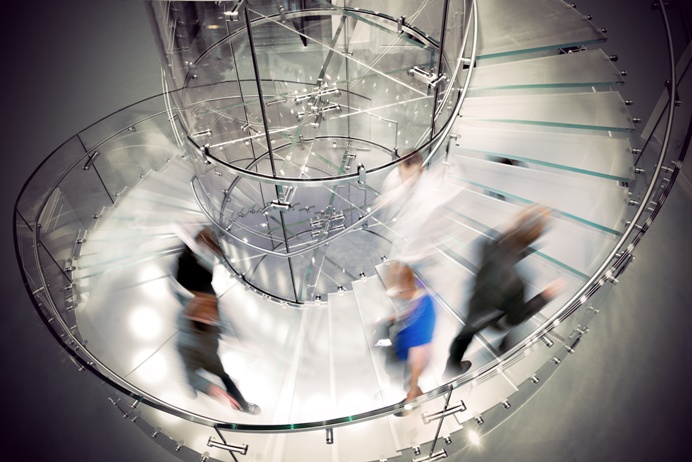 Imagine among your earliest memories is a collision between you and a wall in a dimly lit hallway, leaving you fumbling for orientation, confused by feelings that you’ll later identify as embarrassment and frustration, and far too aware of the comments from adults who unwittingly served as inaugurators of your disposition to be far too aware. Remember a summer day spent running around with your friends. For the most part, you hold your own in whatever neighborhood competition comes to the group’s collective imagination, and then someone has the idea to start a pick-up game of baseball and the majority rules. Aside from yourself, nobody knows—or, at least, nobody remembers from the last game—that you’re utterly worthless at baseball, because, to you, the ball does not appear. So, you nervously take your place in the outfield, dreading the moment that everybody turns to watch a ball soaring past you, standing there.

Think about being too afraid to go on a date or to a social gathering with your less-familiar friends because, in the caliginosity of the night’s sky and the establishments most popular in the hours beneath, you walk at a concerning slow pace, trip over curbs and steps, and are unintentionally ruthless about whom you will knock out of your path.

Picture a life in which your physical abilities are completely adequate; you’re fifteen years deep into your career, married, and you’ve got a couple children. If this is already your life, think deeply about your role. Now, imagine that in just one year, you develop the aforementioned symptoms. Within another year, you’ve lost your ability to drive, your spouse has grown increasingly impatient of your dependence, and you’ve been forced to leave your job.

These scenarios are real for the more than 10-million people suffering from degenerative eye diseases such as Retinitis Pigmentosa (RP), which consists of a group of genetic diseases that deteriorate the functionality of the retina, often resulting in low-vision or blindness.

For RP and the individuals it affects, there is a reality as broad as the explanation of the disease.  At the forefront of that reality, is the lack of treatment.  Beyond that, however, lies more than two decades of notable research to date—research that, in recent years, has led to major advancements in treatment with bionics, gene-therapy, stem cells, and assistive technologies—and a world-wide community united by their afflictions.

Likely everyone in the world can say that their lives have been affected, in one way or another, by life-altering issues pertaining to health. Whether as the patient, a relative, or a friend, nearly everyone must have their own sliver of insight about the strife of those supporting, coping, or living with disease, disorder, or injury. But just because the world will open itself to empathize with the grief of the affected doesn’t mean the world understands how. There’s a broad reason for why every affliction is seemingly represented by a day, month, color, or ribbon.

Vince Sobris is a Northern Illinois-based writer. Throughout his life, he has related closely to persons with disabilities and other major ailments. For more than half a decade, Vince has continued to relay these experiences and his experiences with other passions through his voice in writing.

One thought on “Did you know that February is Low-Vision Awareness Month?”