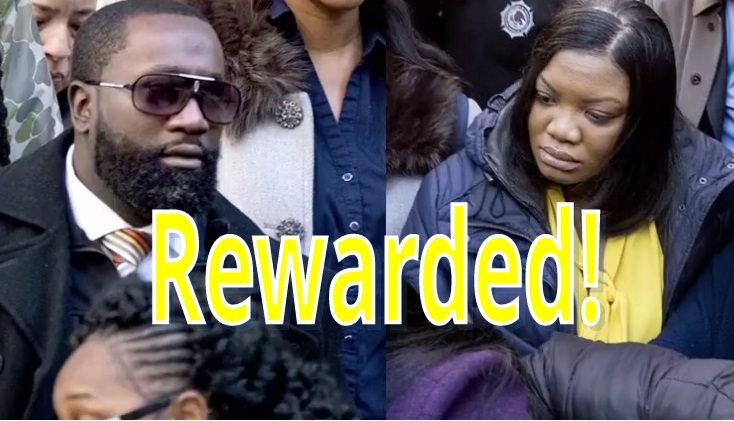 The corruption and criminality of law enforcers on the highest level reached a new peak with the disgraceful plea deal by which they let the two guards, under whose watch Jeffrey Epstein mysteriously died in the high-security prison cell in New York, go without any jail time.

Film Daily reported today that the two prison guards, Tova Noel & Michael Thomas, avoided jail time and were sentenced to just 100 hours of community service despite pleading guilty to lying about performing their duty on the night of Epstein’s death—i.e. performing checks on Epstein when in fact they were shopping online and sleeping on duty.

But that is not all. The two guards, who are both black, will be further rewarded by the mock justice system.

It’s believed that if the pair abide by the terms laid out in the deal, prosecutors will drop their pending criminal case against them, which include charges of conspiracy and filing false records.

Senator Ben Sasse (R–Nebraska) was cited in the story calling the plea deal with the two guards an embarrassment for the Department for Justice. The following BitChute video comments on the law enforcement’s handling of Epstein’s case, and mentions the connection between Epstein and former Attorney General William Barr.

It is worth reminding that the Justice Department had previously rewarded Epstein with a slap on the wrist in 2008 after he pleaded guilty in 2007 to prostituting a minor girl. Heavy.com summed up the role of AG Barr in the Epstein case that led to the pedophile’s alleged suicide/suspected murder in prison.

Jeffrey Epstein’s alleged suicide remains a suspected murder and his close friends like Bill and Hillary Clinton and other celebrities are all suspects. But the cover-up and complicity of the Justice Department with the players in international child sex trafficking is the murder of law and justice in broad daylight.

One thought on “No Prison for Guards Who Let Epstein Die”