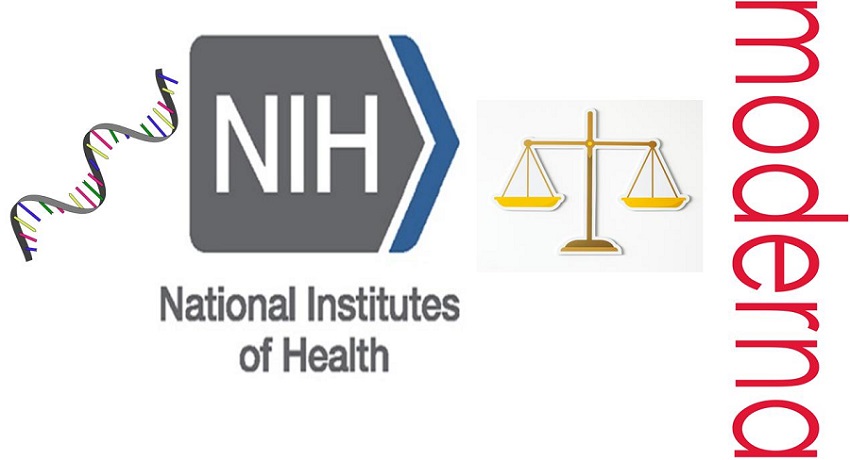 It’s not about health, but all about the money – the battle over ownership of the mRNA vaccine between Moderna and the National Institutes of Health (NIH) says it loud and clear.

On November 11, the story of a potential legal fight brewing between Moderna and NIH made news. NIH claims it has played a “major role” in developing Moderna’s vaccine for COVID-19 and hence it needs to be acknowledged as the vaccine’s co-owner. Dr. Francis Collins, NIH’s director, was cited calling it Moderna’s “serious mistake” to deny NIH co-investorship credit when the government agency played a major role in the vaccine that Moderna is cashing now. So how big is the field of dollars harvested by Moderna?

Moderna expects 2021 sales of $15 billion to $18 billion from the COVID-19 vaccine – its first and only commercial product – and up to $22 billion next year.

Moderna disagrees with NIH’s claim to its vaccine patent. The pharmaceutical says that NIH is not telling the truth by claiming that NIH scientists came up with the genetic sequence used in the mRNA vaccine. Obviously, Moderna does not want to share its profits with NIH. This means the battle could head to the court of law.

Dr. Barney Graham, who retired last month from NIH, has been a key figure in mRNA vaccine development with both Pfizer and Moderna. Reportedly, he has been part of the effort to develop mRNA vaccines since 2016. In April this year, Common Dreams reported:

While Pfizer’s partner BioNTech has licensed the technology from the U.S. government and is paying royalties, Moderna has not—and the Biden administration has not attempted to enforce the patent.

In the same story, the displeasure of NIH with Moderna was reported and some academic group from New York University School of Law was cited saying that Moderna could be compelled to pay compensation to the US Government worth more than a billion dollars should the government take them to the court.