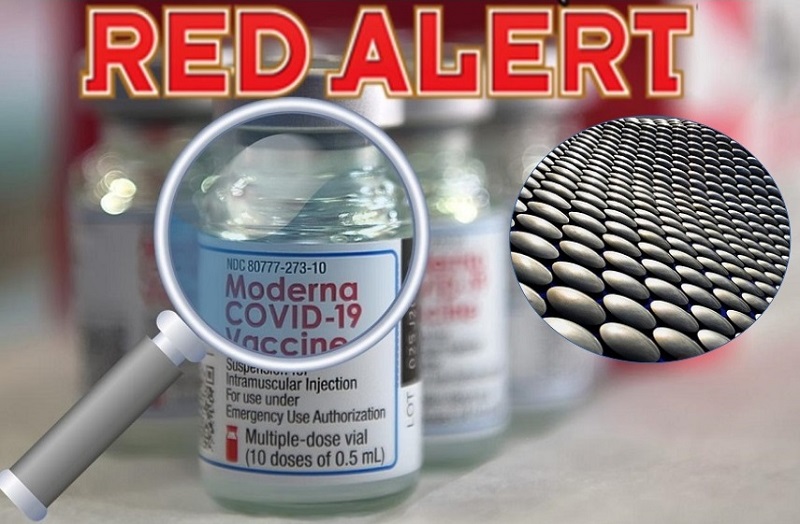 The metal particles detected in Moderna vaccine distributed in Japan were found to be stainless steel, a shocking discovery that most mainstream media conveniently blacked out on. Now Moderan is telling people not to worry about it.

U.S. News reported on Wednesday (September 1st) that Moderna conducted an investigation in collaboration with Takeda Pharmaceutical Company of Japan to carry out an investigation to determine the nature of the magnetic particles detected a week ago in multiple Moderna vaccine vials in Japan. But after announcing the investigation found those to be stainless steel particles, Moderna is telling people not to worry. And so is the Japanese government. Moderna and Takeda jointly stated:

As such, it is not expected that injection of the particles identified in these lots in Japan would result in increased medical risk.

The Japanese government simply repeated the statement of the two pharmaceutical companies to tell its people not to worry.

The investigation into the matter is equally, in fact, even more alarming than the presence of undisclosed steel particles because the companies responsible for the safety of their product were allowed to take control of the issue and decide on their own what they wanted to do. In other words, criminals were given the authority to judge their own crime and tell the victims whether they need to worry about the outcome.

The farcical investigation has clearly documented who owns the government, media, and health sector. Despite two deaths after taking the vaccine and many more at risk from the contamination of its vaccine, neither Moderna nor Takeda – which distributes its vaccine in Japan – will be held accountable for creating a public health safety problem by selling a dangerously contaminated product. The two companies simply stated there is no evidence the deaths happened due to their contaminated vaccine carrying steel particles. As for the Japanese government, it’s so silent that the world has heard all pins dropped in Tokyo over the week, not to mention seeing all honor and integrity shredded in corporate greed.