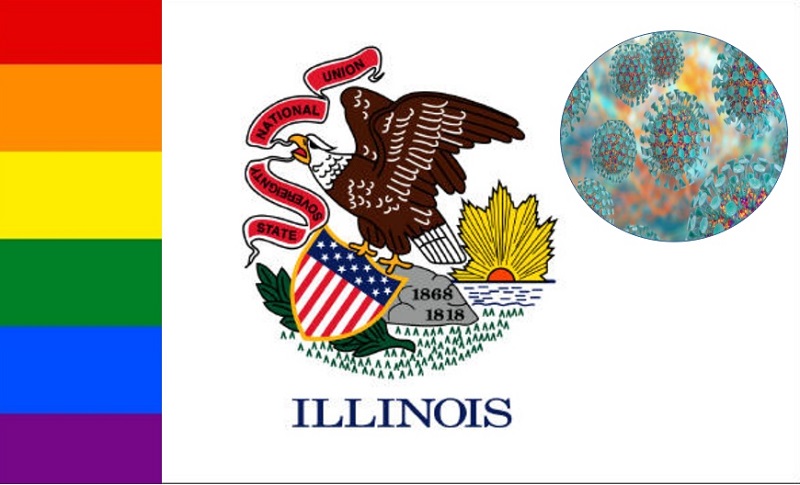 Some leftist politicians seems to be perfectly fine with spreading disease and endangering lives as long as it is done in the name of LGBTQ rights. No surprise then to learn the Democrat governor of Illinois signing a law that allows knowingly spreading HIV (AIDS).

Pritzker reportedly called this a measure that will make IL a “safer and more inclusive state” even though it clearly puts so many lives at risk as people with HIV will no longer fear any consequence if they choose to sleep around without disclosing their HIV status. Thus the law directly encourages spreading HIV.

The history of HIV/AIDS closely ties it to the homosexual community – the HIV virus was first discovered in gay men in the early 1980s and the disease was spread by and among gay men. Today, AIDS remains dominantly the gay community’s disease and instead of acknowledging it and working on a strategy to fix this problem, leftist political and advocacy groups have taken to denial of the problem, even if it means spreading the life-threatening disease.

In a statement from the American Civil Liberties Union Illinois, the Illinois HIV Action Alliance said, “the criminalization of HIV has harmed communities in our home state for decades.

This kind of political correctness was the reason that kept lawmakers from taking timely action in the early 1980s when it was known that the gay bathhouses were the superspreaders of HIV infection. With these kinds of laws that defend and thereby encourage spreading HIV, more lives will be at risk, although the liberals will celebrate such unreason in the name of LGBTQ rights.