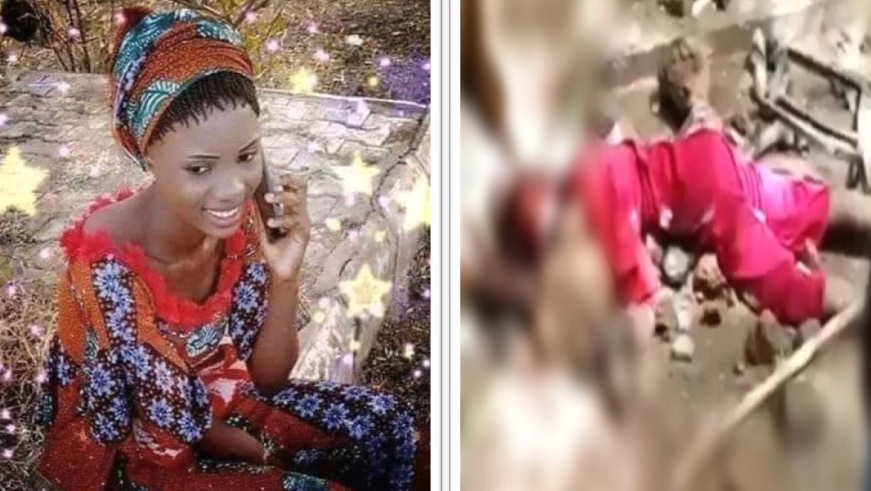 In one of the most brutal and barbaric cases of Islamic terror, a Christian woman in Nigeria was violently attacked and tortured to death by a mob of Muslims in broad daylight. Riots and mob attacks against Christians followed. But the mainstream media in America and most of the world is looking the other way.

The Christian Post identified the victim as 25-year-old Deborah Emmanuel, a Christian student in Nigeria’s Sokoto State, who was targeted by a violent mob of Muslim students after she allegedly committed blasphemy. Citing the U.S.-based group International Christian Concern (ICC) as a source, the story wrote:

Deborah, who lived with her parents in Sokoto, apparently got into an argument with her female classmates after sending a WhatsApp message her classmates interpreted as blasphemous, ICC said.

Deborah was brutally attacked on Thursday (May 14, 2022) by a mob of Muslim students, shouting the traditional Islamic slogan “Allahu Akbar” (meaning “Allah is Great” in Arabic). While she begged for mercy, they lynched, stoned, and hit her till she fell dead. The mob then set her body on fire. This living nightmare was recorded on video and clips of it were posted to social media.

Identifying the victim as Deborah Samuel, the Daily Mail on Saturday published the details of the riots by Muslims demanding that the suspects arrested by the police for Deborah’s murder be released.

African news outlet Sahara Reporters provided important details about the blood-thirsty hunt and violent murder of the Christian woman. They reported that according to those close to the victim reveal that the mob killing Deborah was not all from the same community but “foreigners” were also hired by the extremists to participate in the mob murder. Deborah’s friend Rakia was cited as the source of the information.

Rakia further revealed that the Muslim students hired strangers to the class to look for her (Deborah) while some other classmates tried to help her to escape.

Not content with the blood of their victim, the Muslims continued to riot and attack Christian places of worship as well as their homes. The violence was document on Twitter with videos and pictures from the riots. But the world leaders and Twitter celebrities have remained quite on this blistering issue.

Investigative journalist David Collier tweeted about the barbaric mob murder of Deborah and wrote: “There will be no marches in London for her.”

You wont hear about Deborah Samuel.

She was Christian but unlike Shireen Abu Akleh there was nothing accidental about her death.

On Thursday she was lynched at her college by Muslim students. Her body was set on fire for 'blasphemy'.

There will be no marches in London for her.

But in American media, there is a general silence over Deborah Samuel’s inhuman murder by public torture, speaking volumes of the mainstream media’s unofficial alliance with Islamic terror. The CNN story of Friday (May 13, 2022) excluded any mention of the faith of the victim and of the murderers. The story used “a female student” for the victim and “fellow students” for the killers. Mentioning the horrific video of her murder, the story wrote:

CNN has not been able to independently verify the video.

ABC News was not much different when it posted quite a short write-up on May 14 about the terrifying killing. The words “Muslim” and “Christian” was missing from their story title “Nigeria: Student’s brutal killing triggers protest, curfew” and the body of the story abstained from calling the killers Muslim in the same sentence. The Washington Post did the same.

BBC showed it political color by reporting the story only in its Pidgin edition and not highlighting it in its primary channel.

The Indian channel WION also remained indirect in its addressing the story of Deborah’s death via public torturing and abstained from saying “Muslim” when mentioning the mob that committed the atrocity.

Most of the American and western news outlets have remained silent on the violence by the Muslim mob in this particular incident as well as on the frequent cases of such Islamist violence targeting Christians in Nigeria.