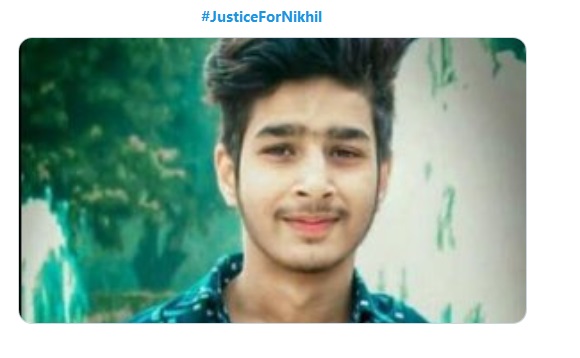 The story of teenager Nikhil has been circulating on Twitter and Facebook since the brutal crime happened on September 22 in Delhi’s Nabi Karim area. On the request of this writer, a Twitter account posted the video from Facebook wherein the killing of Nikhil is narrated in Hindi language by a woman. The narrator shows the area where the killing happened and says how a gang of 8 to 10 guys, seemingly young, attacked Nikhil and publicly stabbed him to death with knives. The crime reportedly happened around 4:00 in the afternoon.

The narrator goes on to tell that the police have been telling the people that they didn’t find any evidence that could lead to the culprits. The narrator asks for justice for Nikhil

The hashtag #JusticeForNikhil leads to a number of threads of Twitter comments that provide information in bits about the crime. One tweet reads thus: 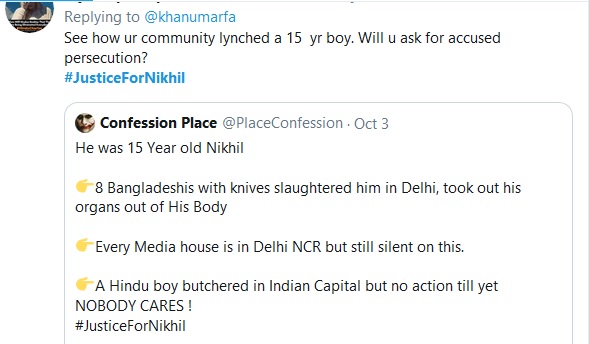 Similar tweets have questioned the role of media, expressing disappointment over media’s silence over the crime. One tweet called media Pressitutes for assuming silence on the murder.

Another tweet conveys that the boy was killed by other boys of similar age group of Bangladeshi ethnicity. The tweet reads: “The uncle of the perpetrator is a local AAM AADMI PARTY neta.” (“Neta” in Hindi means “leader”.) 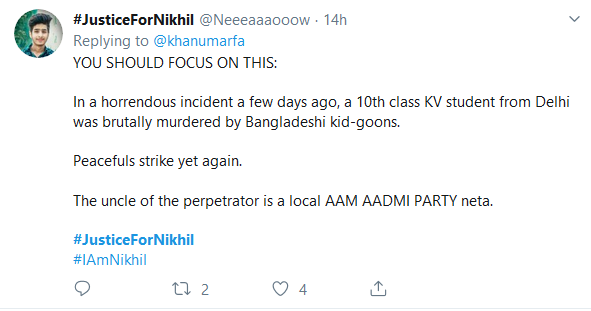 Indian media is usually considered very aggressively nosy and news-hungry. Why would they not cover a terrifying crime like this is not clear. But this writer feels that they are being politically correct and refusing to talk about it out of concern for possible religious/racial riots. And in this pursuit, they are slaughtering the profession of journalism.