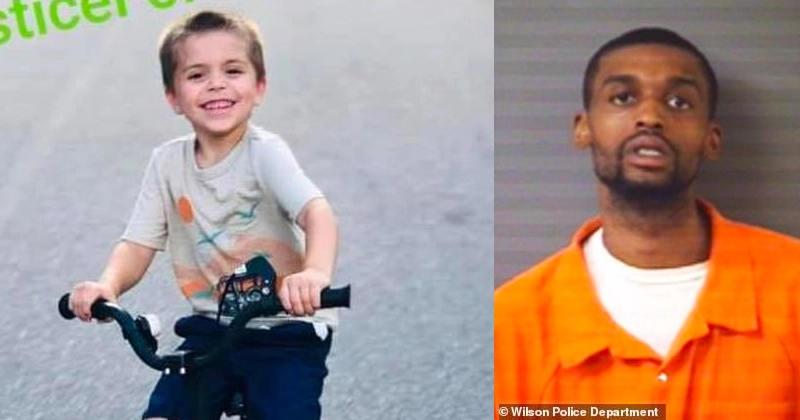 The editorial policy of leftist mainstream propaganda mobs to cover up for criminals of color spoke loud and clear when the propaganda mobs assumed silence on the brutal killing of a 5 year old boy in North Carolina.

The savage murder of the boy by a 25 year old man in the neighborhood happened at a mobile home park in Wilson, NC, on Sunday. Fox News reported the story of the killing and also of the suspect’s arrest. The news said that 5-year old Cannon Hinnant was shot dead by 25-year-old Darius Nathaniel Sessoms. Details from other sources reveal that Hinnant was riding his bike when Sessoms shot him at point blank range.

This kind of brutal murder of a child is expected to crate shocking headlines across the media worldwide. Yet, the leftist propaganda media mobs ignored the story. The reason critics of media seem is at work is ethnicities of the victim and the culprit. The murdered child had white skin and the murderer is black.

The silence of the propaganda mobs was called out on social media as well as opinion pieces in some international publications. A tweet posting the image of the victim and his murderer tagged American mainstream propaganda outlets CNN and ABC, and Canadian sources CBC and Global News with the message: Does not fit the narrative. Media Ignores Black Man’s Alleged Execution of 5-year-old White Boy at Point-Blank Range 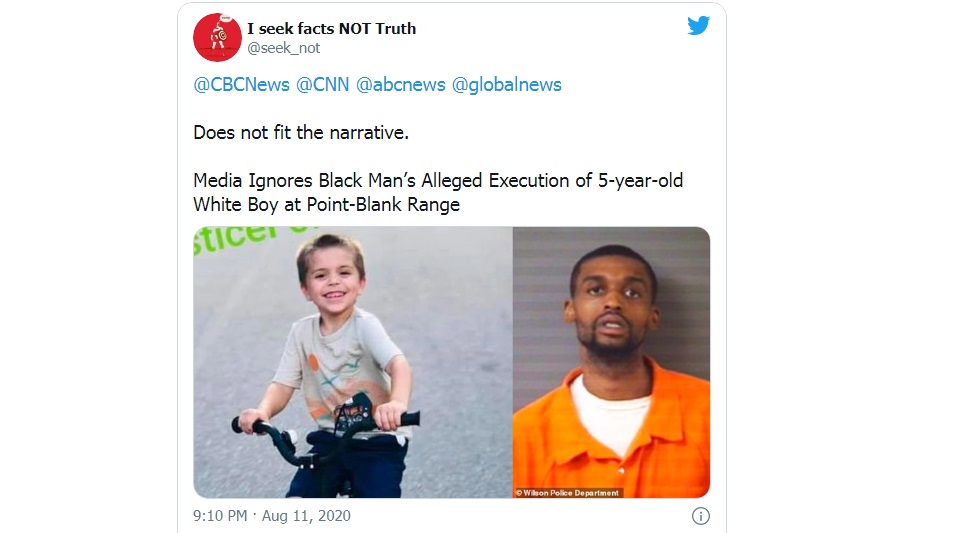 “This is an actual conspiracy,” Walsh said Tuesday on Twitter. “These media companies have to make an editorial decision to blacklist stories like this. It’s not like they haven’t heard of it. This is a considered and intentional decision to ignore the murder of a child, and the reason is that he’s white.”

Another Twitter user Stephanie posted about what the news headline would look like if the victim was black and the culprit white.

If the roles were reversed, headline would read:

It’s a white kid killed by a black man so, meh

Covering up for criminals that target white and Christian people has become the norm for leftist propaganda media and criminals of black, Muslim, and immigrant backgrounds are routinely protected by the leftist media.