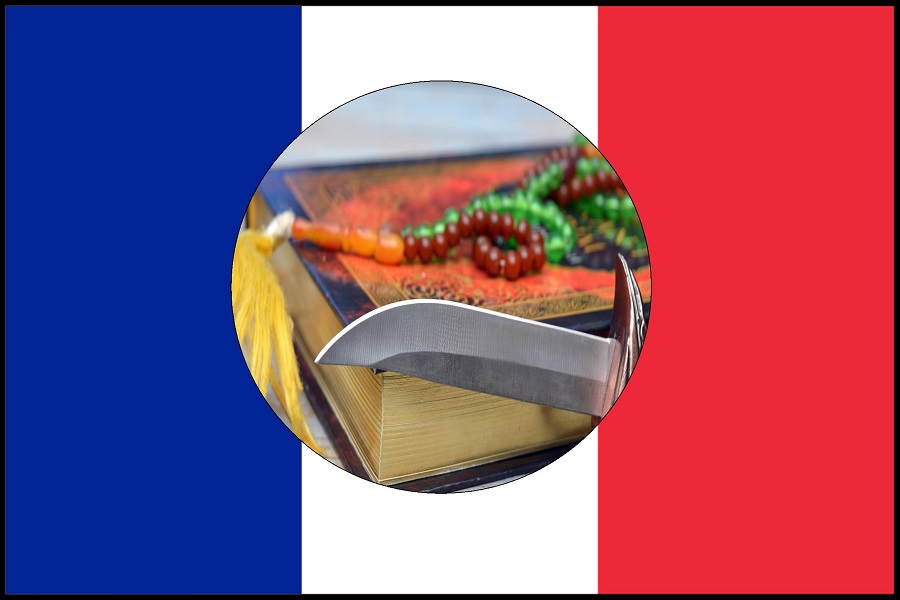 France is under attack as Muslim immigrants coming as asylum-seekers and refugees continue to kill peaceful French citizens. In the latest Islamic terror attack, a young Tunisian immigrant went on a killing spree at a church in Nice.

Daily Mail reported that a 21-year-old Tunisian migrant, named Brahim Aoussaoui, attacked and killed three Christians at the Notre Dame basilica in Nice. The terrorist used a knife with a foot-long blade to murder a 54-year-old Christian man, an elderly woman, and another woman in her 40s. The latter was a mother whose last words were, “Tell my children that I love them.” All three victims were worshippers visiting the church.

The story says that the Muslim terrorist had recently arrived in France from Tunisia.

The assailant, born in Tunisia in 1999, entered  Europe via the Italian island of Lampedusa on September 20 and arrived in Paris on October 9.

The young Muslim terrorist was shot multiple times by the French police after the attack but survived and taken to the hospital while he continued to shout the Islamic slogan “Allahu Akbar” (meaning Allah Is Great).

The publication of the cartoons of Islam’s Prophet Mohammad by Charlie Hebdo and shared elsewhere in France last month enraged the radical Muslim segment of France, and other Muslims abroad, enough to launch terror attacks on native French. The common denominator to the background of Muslim terrorist attacks is that the attackers are young “migrants” which has become a euphemism for illegal aliens mainly from Muslim countries in Africa and Asia arriving in France directly or via a third country.

Russia Today pointed out that the open-door policy of France has led to the radical Muslims’ jihad on the nation. The story cited former UK counterterrorism chief Chris Philipps saying:

He was straight and honest in saying that Islam is incompatible with liberal west and the French government will have to make tough decisions to combat the threat of Islamic terror on its land.