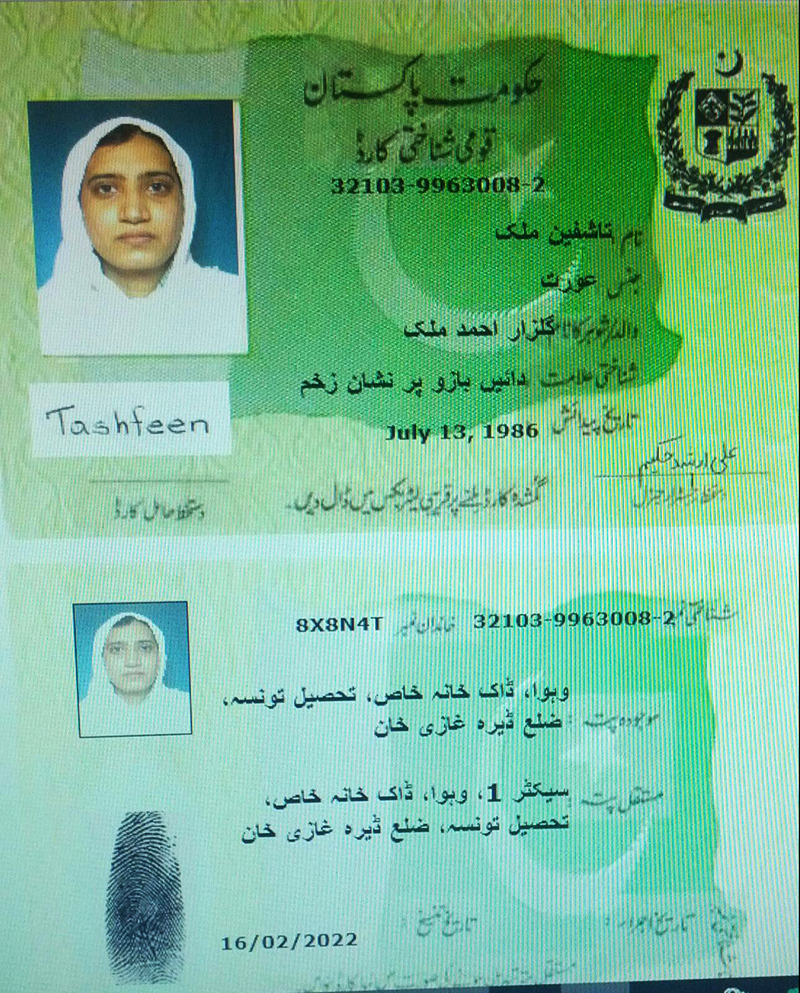 After their farce of the alleged California terror attack’s fake identity card story, major Pakistani papers have tried a clumsy defense by insisting the ID is real.

Dawn, which is Pakistan’s most esteemed English daily, tried to argue that the ID card of Malik “has been found to be authentic” citing verification from the country’s registration authority NADRA. Their cover-up story says that the identity document’s authenticity has been verified after texting a message to NADRA’s computerized system using the card’s unique ID number. The auto-reply from NADRA’s software showed that the name and address was correct as shown on the card.

The paper went on to publish images of the alleged “authentic” card, both front and back side of it. And thus gave people another joke to laugh about. Let’s do a new quick autopsy of the paper’s immature attempt of this cover-up.

About NADRA’s text verification – that doesn’t show anything at all. It does not address the criticism that the ID card shown in the previous – and this – story is fake or doctored. The text software doesn’t provide you with an original ID card. It only repeats the same info that was seen on the card – the name and address. How can we be sure that the person shown in the picture is the same whose name and address appear on that card image?

But the funny thing about the new image of the card – the backside of the card – is that it shows the same ridiculous design and editing that made so many laugh on social media at the first image flashed on CNN and shredded in my earlier blog post. The fonts and the picture are so poorly doctored that only a completely blind person who knows about Pakistani ID cards can mistake it for something believable.

Like the front side of the fake card, the image on the back appears in an image frame with black borders – in original IDs, there is no such design and the image is continuous with the card’s background. The left column entries of “Current Address” and “Permanent Address” both appear in a white text box, which is completely unlike original ID cards on which these entries are continuous with the card background. The proportion of the elements is again obviously distorted with the finger print far below what is usually seen in genuine cards.

But the most noteworthy observation on the backside of this fake ID is the absence of any date of issue. On all original IDs, both Date of Issue and Date of Expiry are printed. Malik’s fake ID has no date of issue – only date of expiry is given and that is February 16, 2022. Why is there is no date of issue if the card is original – even if we ignore all the other discrepancies?

And if that is not enough, let’s take a look at the woman’s age (and I am assuming it’s a woman – as far as we know from propaganda media). In the same story, Dawn writes: “The 27-year-old woman and her US-born husband Syed Rizwan Farook…” Now the (fake) ID of this person says her DOB is July 13, 1986. That makes her 29 years old in July 2015. So if the ID is genuine – as the same paper claims in the same story – how come she is 27 in the story?

With the fake ID publishing, reluctance to demand the original ID’s copy, and then attempt to justify such crappy reporting, Pakistani media have set new records in lying and abuse of the once-sacred profession of journalism.

And of course, it’s not Pakistani media that has come out as open shameless liars. With a tragedy of this gravity and a reaction of this intensity as was witnessed in case of San Bernardino’s terror, the US state department seems to emulate media’s shenanigans. If Malik came here – and that just last year – on a K1 (fiancé) visa, what keeps them from releasing a scan of her original visa to the public? Why not show a scan of her passport with her picture on it and a scan of her visa?