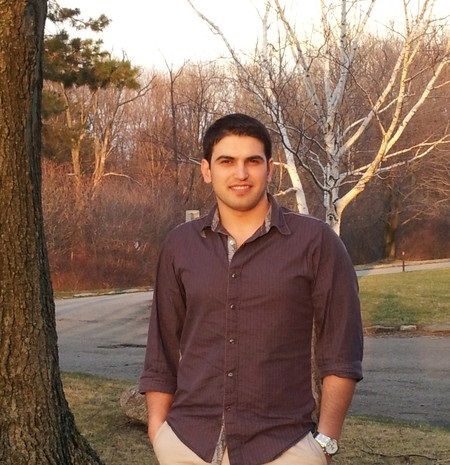 A while ago, I interviewed a young man of 26 – named Sobit Sarvantov – from Turkey who moved to the US as a refugee and found his free life here. Here’s his story in his own words, edited for clarity by me and Ernest. We are both thankful to Sobit and wish him a successful and prosperous life ahead. 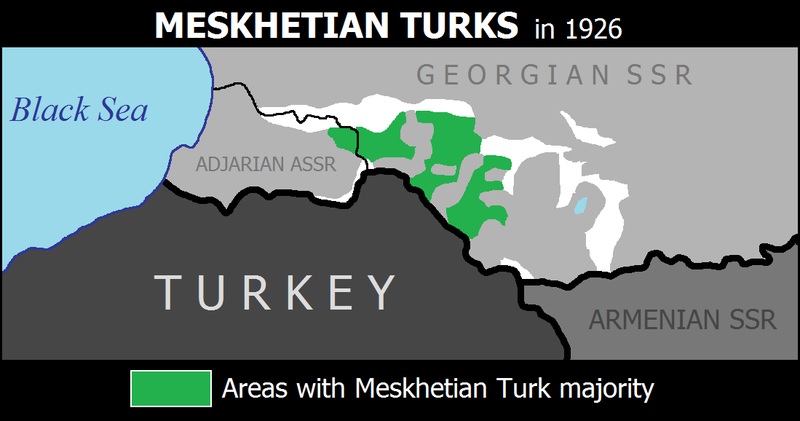 During the rule of the Ottoman Empire (1299 – 1922), Turkish settlers moved into Meskheti as part of the Turkish expansion. The resulting mix of Turkish and Meskheti populations became known as the Meskhetian Turk.

Although it was not secure as part of the Ottoman Empire until 1639, when a treaty was signed and brought an end to Persian attempts to take the region. That is how Turks became part of Soviet Union’s population.

The Uzbeks welcomed my people. They were friendly hosts and helped us with everything we needed at that time. That is where my parents, and later I, were born. We were citizens of the USSR. I was born in 1986 in the town of Krasnogvardeysk in Samarkand state. Of my early memories, I remember my father and mother used to work on a farm which belonged to the government. And I remember my grandmother (my father’s mother) used to live with us. Feruza was my bodyguard. She always protected me from other kids. I was soft.

In USSR, they tried to spread our communities across the Russia, but we did not want it. They did not provide us with legal documents. We had Soviet passports but they were not effective any more. After Soviet Union fell apart, many states countries separated from the union and became their own countries. They started to make new rules and laws where Russia had its own. So, when it was time to change the Soviet passports to new Russian ones, the authorities told us we were not getting new once, because they didn’t want to see us in that state. The governor was against us. So, we lived there illegally. They would charge us penalties for our illegal stay in Russia. These were the circumstances that led you to seek refuge in US. Then suddenly US gave us a chance to live legally and free.

There was a lot of discrimination from local civilians and government against us after USSR fell apart. We were a citizens of USSR and when it became Russia, they did not accept us as citizens. My father had a job at stores where he worked as a loader. My mother had no job, because she did not speak Russian at that time. She was taking care of us and grandmother. I was 7 when I went to study in first grade. We speak Turkish at home. Since I grew up in a Turkish community, I did not lose my traditions, culture, and language. This was the main problem, I would say, for Russians with Turks. I did not know any Russian language. I remember the day when I wanted go to the bathroom but I could not say it to my teacher. I raised my hand; when she asked me what I wanted, I had nothing to say. But there was a woman who spoke both Turkish and Russian, and she explained to her. She saved me that day. But I became fluent in Russian at the end of my 2nd grade.

Even in school we were discriminated by some Russian kids and teachers. I was not a good student in school. My average grade was C. My father punished me many times and yelled at me for doing poor at school. In middle school, I did not feel like studying at all because we had problems with documents and I had no future without it. A lot of Turks worked in construction and land. So, I was an illegal resident in Russia. I knew I was going to end up like other Turks. But my father and my English teacher encouraged me to study. I would ask them why I should study if I was going to work like the rest of the Turks. My teacher would say, “Life is full of surprises and we never know what the new day can bring us.” But I never listened to her.

Work and Plans for a New Land

I started working right after I got my diploma from ninth grade. I was 15 when I had my first construction job. Then I did roofing with my father when I was 17. I did roofing for a couple of years.

Turks were applying to move to US at the time when I was 17. My father was against it because all his relatives were in Russia. I also did not want it at first because I was scared thinking what to expect from a new country. Then I changed my mind after my maternal uncle moved to US. I wanted to have a better life. I talked to my parents about it. We decided to fill the forms for moving to US. I was 19 when we came to US.

When we arrived in Buffalo, my uncle received us at the airport. He brought us to his house. We had lunch and after an hour, my cousin asked me if I wanted to go with him to help somebody to move stuff in high school. I agreed and I made $60 in 3 hours on my fist day in America. I was exited about everything. All the paperwork was processed quickly. My family and I became legal permanent residents of this new country whereas in Russia we could not become the same for 15 years. People here were kind, friendly, and welcomed us. So I felt I was reborn in a new country where I was welcome. I saw a lot of opportunities in this country. We all needed to start new life in US.

I started taking English classes after a month of our arrival in US. Then I applied to Erie Community College after a year I was in this country. I was taking general classes in college. I was doing roofing when I had breaks between semesters and I got the rental car job during the school. I stayed in college for three years, trying to decide what I wanted to do and what I liked. My passion was design, I decided. I got my degree of associate in science from the college and I transferred to the University at Buffalo to work on my Architecture degree. I stayed a lot off over-nights doing my projects. Finally, I had one more semester left to graduate. It was very tough, but I did it and my family supported me a lot. Without them I would never have come so far. I appreciate them for everything they have done for me.

I have not had any problems with adjusting to changes of culture or time. I have adapted right away, maybe because I have had my relatives here (on my mother’s side). So I was with my cousins and with other Turks who came to US just like me. It played a big role too in my cultural adaptation. I didn’t communicate with local people here in the beginning because I did not speak English and I did not want to embarrass myself trying to communicate in English. It was hard without knowing English. But now I feel like I was born and grow up here. My life in Russia feels more like a dream.

I study Architecture and planning there. Besides that, I have a part-time job at Dollar/Thrifty car rental. I work in a garage. I do detailing and sometimes drive a shuttle to the airport. We provide transportation to our customers, from and to airport because our office is located outside the airport. I work a couple days when I go to school.

I think the most important need of refugees is making them feel that they are home and they will be treated as the rest of the nation. When my family and I arrived in US, we had our apartment with furniture, and food, clothes, and healthcare were provided to make sure that we stayed all healthy. These are the needs of any refugee who is to start a new life. I felt that this country’s love gave me a different and new life in which I can have my rights and choices. I think US provided me with all needs that I needed to feel spatial enough for good start in my life.

I look forward to finishing my degree and finding a good job. I want to succeed in my career. I want to find my soul mate, have my beautiful family around me, and I want to be supportive to people that I know. I want to help people like me who are trying to succeed in their lives. I know I got help in my life to change my future but not everyone has that needed help available.

Advice for Refugees Coming to US

My advice for someone entering to this country as a refugee would be to not forget who you are and where you come from. This is the country full of opportunities and your future depends on your choice. Dream big and try hard to archive it.

About the interviewer: Michell Spoden is the author of Stricken Yet Crowed and is also pursuing a transitional housing project for woman with an agricultural aspect. She has a degree in Business Science Administration and is finishing her bachelors in Project Management