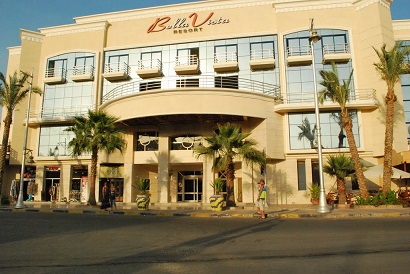 Three European tourists were brutally attacked with knives at the Bella Vista Resort in Hurghada, Egypt.

Daily Mail reported Friday, January 08, that two Islamist terrorists entered the resort’s outdoor restaurant and attacked the tourists, leaving them wounded. Two of the victims are Austrians and one is Swedish. One of the attackers was killed by and some of the media posted graphic footage of the wounded attacker lying in blood and crying in pain.

According to Daily Mail, witnesses said the slain terrorist tried to take a female tourist hostage when he was shot by a police officer. The paper also added that earlier reports of a German and a Danish citizen attacked by terrorists were erroneous and that “such discrepancies are common in the immediate aftermath of terror attacks.”