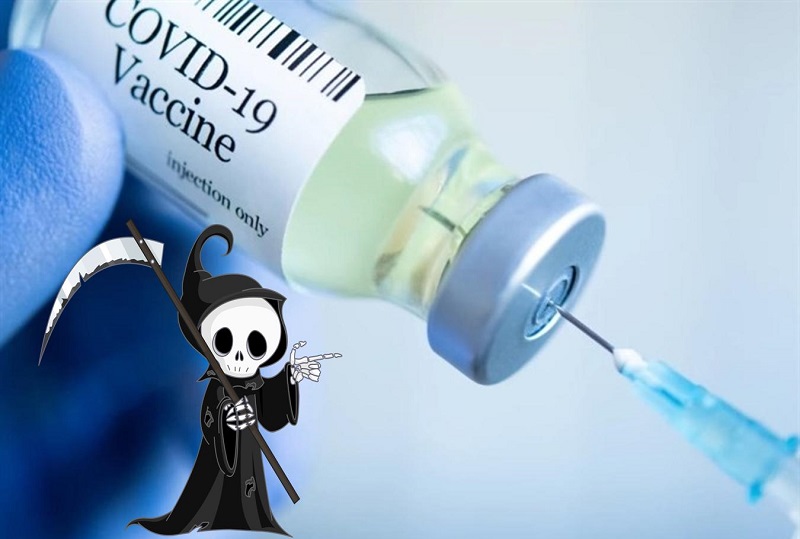 The CDC continues the cover-up for the useless and dangerous COVID-19 vaccines as it earns from the vaccine sales via the federal government. In the new CDC study, the rate of death as adverse reaction to mRNA vaccines for COVID was higher than the mortality rate of the disease itself.

However, CDC and media lied to claim the study shows the vaccines are safe. Yahoo News featured the USA Today story titled “Huge study finds most COVID-19 vaccine side effects were mild for Pfizer-BioNTech and Moderna.” The story ignored some important details of the study (as seen in the full published paper) and twisted the stats to promote the vaccine. Most notable was the rate of death among the adverse reactions reported via the Vaccine Adverse Event Reporting System (VAERS). The story wrote:

While the various adverse effects of the COVID vaccines, reported by those who took the shots, were presented in percentages, there was no percentage to represent the 4500 vaccine deaths reported via VAERS. The actual study in The Lancet gives this percentage, i.e. 1.3%. 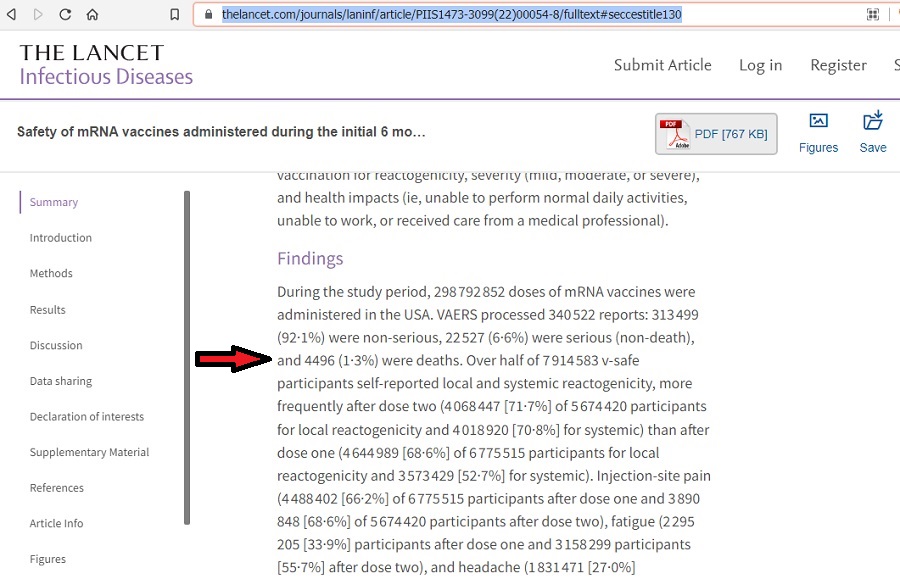 This is almost twice the rate of death from COVID-19, which stands at 0.7%, despite the highly questionable practice of attributing deaths to COVID-19 even if the dead had serious underlying health conditions that likely caused their death. Given that the nearly million deaths are a two-year count and rate of deaths are correctly counted per year, the actual COVID mortality rate in the U.S. is reduced to 0.35% – far lower than the mortality rate among vaccine recipients shown in VAERS data used in the CDC study.

It is important to note that using the v-safe data of adverse effects, including deaths, the time frame for effects after vaccination was set to the range of 0-7 days. That implies that if a person took a vaccine, got seriously ill from its effect, and died after 10 days as a result, it wasn’t counted as the vaccine death. There is also no information on people who lived alone without family or caregivers and dying after vaccination (dead people don’t report themselves dead to CDC via VAERS – somebody close to them or monitoring them does). These are some of the many problems with the reliability of the study.

Also worth noting is the fact that the VAERS data is controlled by the CDC and not independently verified all the time. CDC has previously been caught editing the VAERS data posted to their website in July last year so as to slash the figures down to half of reported deaths after vaccination. The credibility of information coming from the CDC is always suspicious, particularly when it comes to products like COVID vaccines that the government earns from – the same federal government that funds CDC directly with billions of taxpayer money.