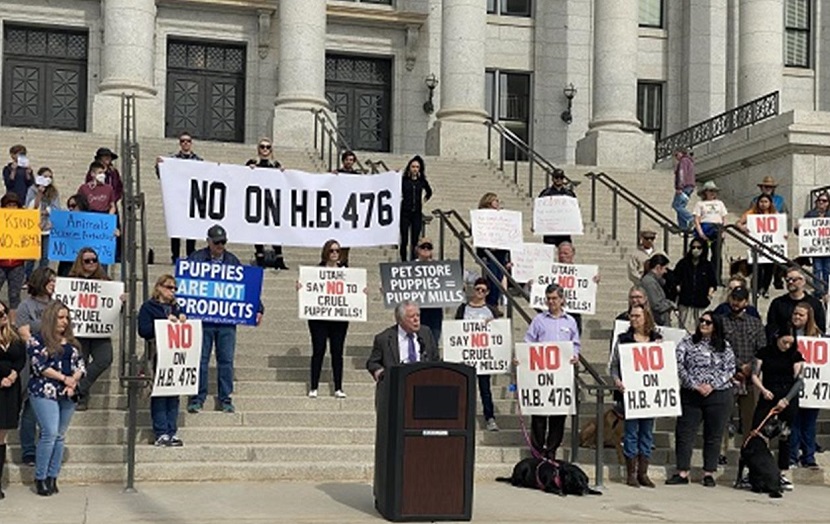 Only two weeks ago, we learned about a bill making its way through the Utah Legislature that would make animal laboratories and factory farms exempt from local humane regulations. Immediately, we jumped into action to stop it. And I’m excited to report that we succeeded!

House Bill 476 – the “animal enterprise” deregulation bill – would have made it impossible to pass city or county ordinances against cruel animal practices. The Physicians Committee’s lifesaving work to end animal experiments would have been severely jeopardized by the passing of this bill.

Last week, our Physicians Committee supporters in Utah flooded their elected officials with phone calls and emails, asking them to vote “No” on HB 476. A local PCRM member helped facilitate a rally on the steps of the Utah capitol, where more than 100 Utah residents showed up at a moment’s notice to urge the legislature to stop this dangerous bill.

Because of these actions, the 2022 General Session of the Utah Legislature formally adjourned without HB 476 ever coming up for a vote in the Senate – officially killing the bill so this cruel piece of legislature does not become law!

The Physicians Committee was one of the first organizations to rally against this awful legislation, and with your help, we were able to mobilize a successful effort to ensure it did not pass. Thank you for helping make this victory happen!