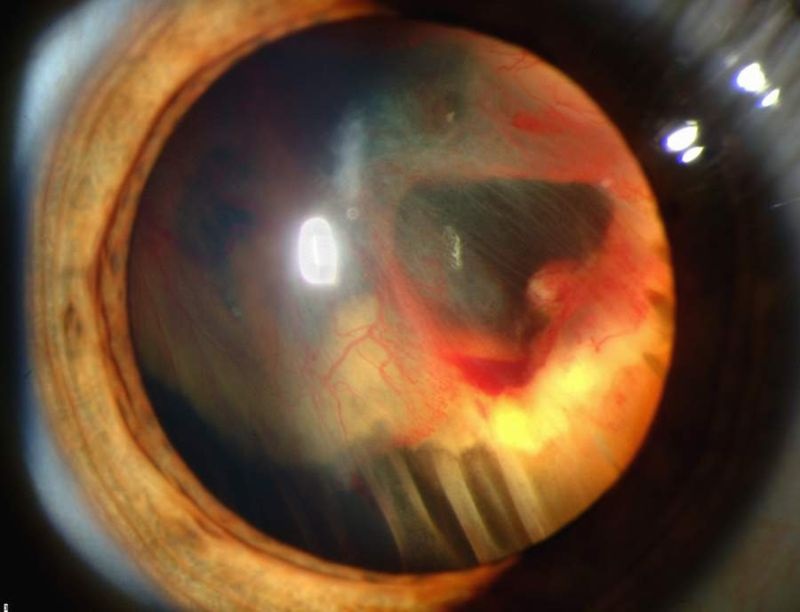 The mainstream media have assumed a criminal silence over the reports of another shockingly dangerous adverse effect of COVID 19 vaccines: damage to eyes, including blindness. And the numbers are in thousands.

On Saturday, May 1st, Life Site News reported that close to 20 thousand cases of eye disorders in people who received a COVID vaccine across Europe have been reported so far via VigiBase, a database for the WHO based out of Sweden. Of these, more than 10 thousand cases were reported in the United Kingdom.

Negative effects on eyes following COVID vaccination, mainly with AstraZeneca’s and Pfizer’s COVID-19 vaccines include (but not limited to): pain, irritation, swelling, dryness, eye hemorrhage, and blindness. 300 plus cases of blindness have been reported among the vaccine recipients.

Reports of eye damage following COVID vaccination are not limited to Europe. In the United States, some 1200 cases of adverse effects on eyes of recipients of the COVID vaccines have been reported so far.

More than 1,200 reports to VAERS include “eye pain” among the listed symptoms.

The age range of patients in the US who reported blindness or other for of eye damage following COVID vaccination varies from those in their 20s to those in their 80s. Life Site News cited an 83-year-old patient from Indiana who went blind in one eye the same day of receiving the Moderna vaccine:

Went to emergency room at Hospital Was told I have Blood clot in my eye causing the blindness and Ophthamologist says it will probably be permanent.

Eye damage or blindness has not been reported as any of the side/adverse effects of any of the COVID vaccines during the clinical trials – and given the deep corruption of the medical/research system – it won’t be surprising to learn that such and other effects were omitted from the list of effects suffered by the people used by the medical mafia to test these vaccines. The U.S. Food and Drug Administration (FDA) certainly allowed room for any damage to eyes or other health risks associated with the vaccines when they said:

Additional adverse reactions, some of which may be serious, may become apparent with more widespread use of the Pfizer-BioNTech COVID-19 Vaccine.

The big question here is why such damaging effects are not making headlines in the so-called media. The answer is simple and clear: the propaganda mobs erroneously called “media” are sold out to the medical mafia and are partners in their crimes against humanity.

One thought on “COVID Vaccines Causing Eye Damage and Blindness”