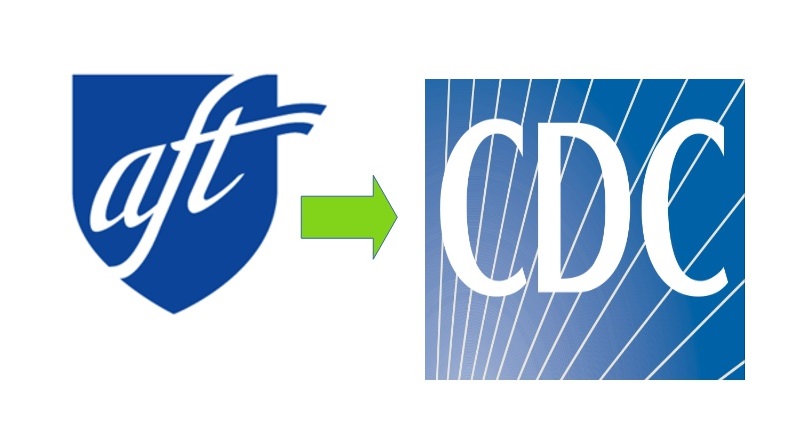 It wasn’t the so-called science of the corrupt and discredited Centers for Disease Control and Prevention (CDC) that didn’t allow full re-opening of schools for in-person classes, but the lobbying of a teachers union that literally told CDC what to decide.

On Saturday, the New York Post published the revealing story of emails exchanged between the CDC and the American Federation of Teachers whereby the latter influenced the CDC on whether to re-open the schools fully for in-person classes.

The documents show a flurry of activity between CDC Director Dr. Rochelle Walensky, her top advisors and union officials — with Biden brass being looped in at the White House — in the days before the highly-anticipated Feb. 12 announcement on school-reopening guidelines.

In other words, it was not science that CDC followed but the decision of the teachers union on schools re-opening. No surprises here again since the CDC is known for its quackery and the quack appointed as the CDC head, Rochelle Walensky, is on record suggesting to public things pulled out of her incompetent ass—suggestions that the CDC would quickly walk back, without apologizing, let alone firing the quack.

The lobbying paid off. In at least two instances, language “suggestions” offered by the union were adopted nearly verbatim into the final text of the CDC document.

It’s embarrassing for public health authorities in the country that not only did the CDC took its science from self-interested teachers but showed complete servility by including the union’s suggestion verbatim in its guidelines.

The CDC-teachers union collusion is another scandal that has exposed the politics in both the education and health sectors, involving the illegitimate administration of the unelected president Joe Biden. As expected, mainstream fake news cartels went mum on the scandal. Thanks to the New York Post, we have seen it all.