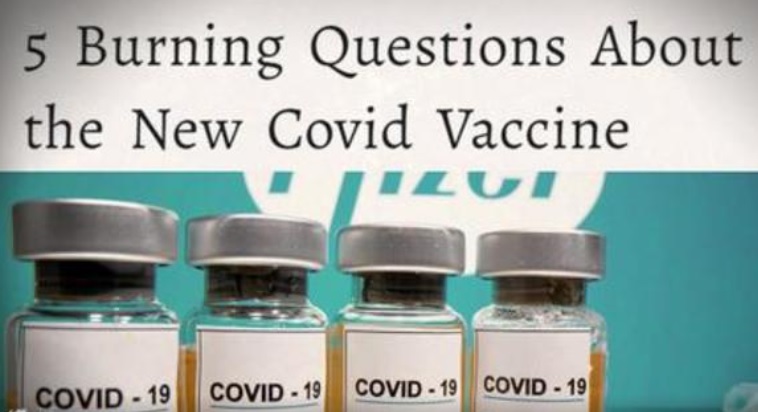 Since millions of Americans and non-Americans are intelligent enough to question the science and politics advocating vaccines, establishment propaganda outlets are attacking skeptics who question vaccine safety and effectiveness using pseudo-science. New York Times attempted one such story today.

Featured on leftist propaganda propaganda platform Yahoo as news, the story by NYT propagandist Sabrina Tavernise is titled “Vaccine Skepticism Was Viewed as a Knowledge Problem. It’s Actually About Gut Beliefs.” It cites a few social scientists to make empty claims about vaccine skeptics—claims that are supposed to show vaccine skepticism is something bad, but which by their own statements show otherwise. Here are some of the “psychological traits” included in the so-called research of the social scientists commenting on vaccine skeptics.

…skeptics were much more likely than nonskeptics to have a highly developed sensitivity for liberty — the rights of individuals — and to have less deference to those in positions of power.

It’s funny because sensitivity for liberty is a really good and healthy quality. Those lacking it are the ones that are vulnerable to psychological brainwashing by the propaganda of mass media and corruption of compromised educational/research institutions. Same holds for the second observation of the so-called social scientists: less deference for those in positions of power. Yes, critical thinkers don’t worship their leaders or public office holders.

Skeptics were also twice as likely to care a lot about the “purity” of their bodies and their minds.

Oh heck we do! This sure makes liberal fascists uneasy since they are the polluters and corruptors of everything and seeing there are still people who want to keep corporate-driven stuff out of their bodies and thought undermines the leftist agenda of enslaving people via mass misinformation—the New York Times and other propaganda mobs being part of this agenda.

Conspiratorial thinking is another predictor of vaccine hesitancy, according to the 2018 study.

First, NYT shows its lousy journalism again by not linking to the 2018 study in question or including the study title and lead author’s name in the story. But then it’s NYT not real journalism, so what do you expect? The story doesn’t illustrate what conspiracy theories are predictive of vaccine hesitancy or how they are shown as conspiracy theories and not valid questions. To the neo-Nazi libbos, any questioning of establishment beliefs qualifies for conspiracy theory—a term leftist propagandists have widely used for decades to discredit those who ask difficulty questions that expose the agenda and corruption of the establishment.

The rest of the story is no different. The propagandist seems to have no clear sense of what she is trying to convey by citing stories of people who sound like raising genuine concerns about the vaccine and deciding not to take the COVID shot in the context of their personal situation.

The NYT story about vaccine skeptics proves nothing except the already known alliance between two overly active left-aligned political activists: presstitutes and professtitutes. Both are sold out and will say any kind of non-sensical and utterly idiotic things to attack those who refuse to be indoctrinated and enslaved. And they call this science. How pathetic!