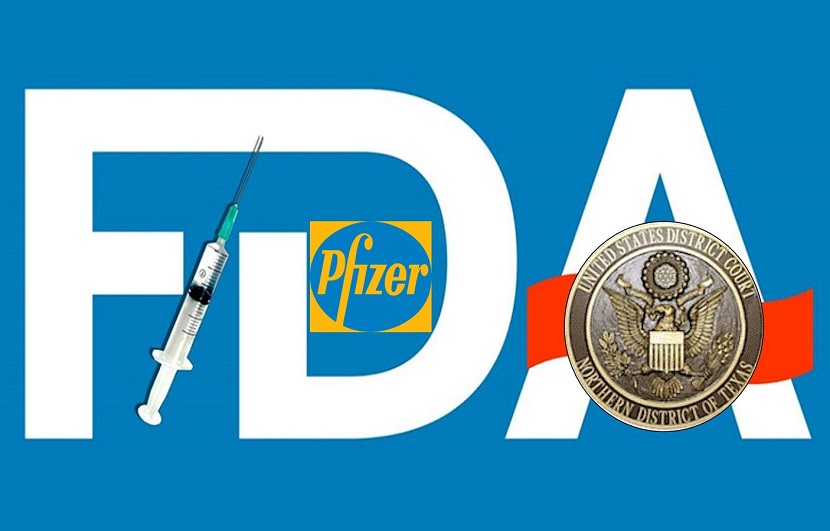 In a blow to FDA’s scheme of hiding the clinical trials data for Pfizer’s COVID vaccines, a federal judge in Texas ordered the agency to start releasing the data at a much faster speed than the agency suggested.

SarahWestall.com reported Aaron Siri’s story breaking the news that a federal judge rejected the FDA’s request to release only 500 pages of the Pfizer’s COVID vaccines trial data per month, and ordered the FDA to produce all the data at the rate of 55,000 pages per month. The story wrote:

In ordering the release of the documents in a timely manner, the Judge recognized that the release of this data is of paramount public importance and should be one of the FDA’s highest priorities.

The ruling was issued on Thursday, January 6, by Judge Mark T. Pittman of the United States District Court for the Northern District of Texas. The full text of the Judge’s order is made available online. The ruling orders:

This ruling strikes a blow to the FDA’s attempt of releasing the data so slowly that a whole generation won’t be able to see the full data in their lifetime. The FDA first suggested in November that it can’t release the full data before the year 2076. Next month, it was reported by Children’s Health Defense that the FDA wants 75 years to release the full clinical trials data for Pfizer’s COVID vaccines.