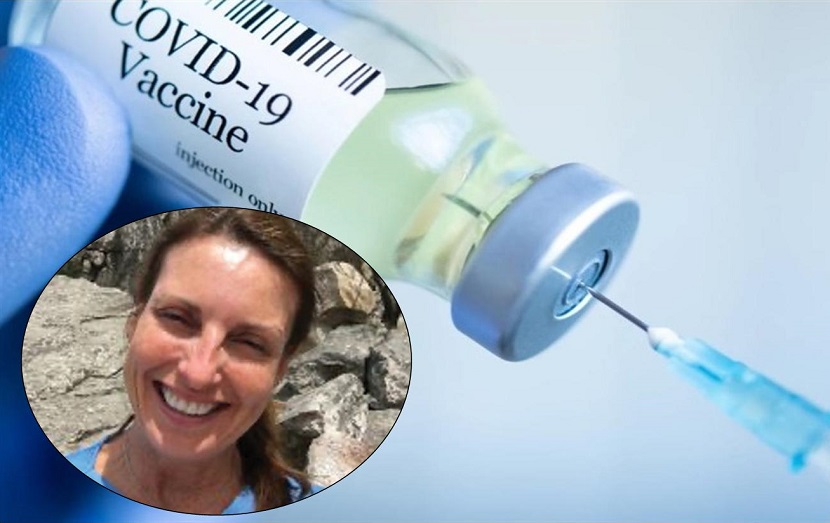 Exhibiting criminal behavior, a teacher in New York gave a COVID shot to a minor visiting her home without the consent of the minor’s parents. She has been arrested and faces multiple criminal charges.

Daily Express reported today that 54-year-old biology teacher Laura Russo gave the 17-year-old boy a COVID injection despite having no medical qualifications or legal authority to administer an injection. She also vaccinated the boy without getting the consent of his parents.

The 54-year-old was held on New Year’s Eve and could face four years in prison if convicted.

In New York, the Age of Majority – the age at which a person is considered adult – is 18 years. The boy getting the shot is reportedly a friend of Russo’s son. The incident of Russo giving the boy the shot was caught on camera and shared on Twitter with the boy’s face not revealed for being a minor.

“There you go, at home vaccine”. Police have arrested a Long Island mother for illegally giving a 17 year old boy a shot of Covid vaccine in her home. And there’s video….Only on @NBCNewYork #nbc4ny pic.twitter.com/KpG5vAQaDT

It is also not known how this teacher was able to get a COVID vaccine at her home when it cannot be legally sold to anyone to take home with them. The news stories also don’t say exactly what COVID vaccine was given to the boy. Currently the Pfizer shot is the only one approved for minors in the United States.

The New York Post reported that the boy asked for the vaccine. The story cited NBC saying:

According to NBC 4, the woman appears to give the teenager a shot of the single-dose Johnson & Johnson vaccine, which is only approved for Americans 18 or older.

The boy’s mother called the police after he got home and told her about getting the shot from the teacher.

The story added that the respective school district has removed the accused teacher from the classroom and reassigned her as the criminal investigation proceeds. The police told media that Russo is set to appear in the court on January 21.