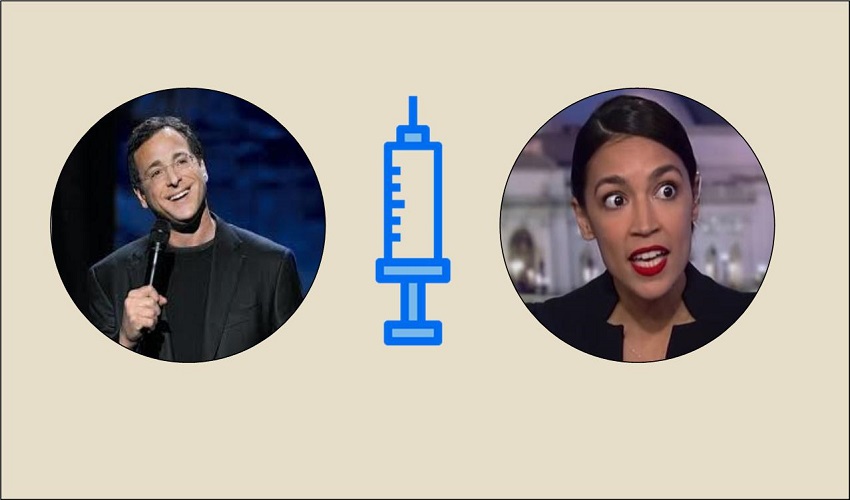 The New York Post reported today that 65-year-old Bob Saget was found dead his hotel room at the Ritz-Carlton in Orlando, FL. The Orange County Sheriff’s Department received a call about “an unresponsive man” in his hotel room.

The man was identified as Robert Saget & pronounced deceased on scene,” the department wrote in a statement.

The police say they have not found any evidence of foul play or drugs in Saget’s case. The actual cause of the death is yet to be determined. Many comments on stories and videos about his death have pointed out that Bob Saget was fully vaccinated and received his booster shot last month. In a December-13 YouTube video, the actor is seen talking in the last 5 minutes of the video about getting his booster shot on December 12, 2021.

While media sources are not talking about vaccination status in stories about Saget’s death, it is included in the news about Alexandria Ocasio-Cortez (AOC), who was fully vaccinated and had her booster shot, like Saget, but still came down with COVID.

The Gateway Pundit posted a picture of AOC with her boyfriend, both maskless, in Miami. A statement from her office said:

Representative Ocasio-Cortez has received a positive test result for Covid-19. She is experiencing symptoms and recovering at home.

The story called AOC a hypocrite for partying in Florida with no mask or social distancing while supporting these restrictions imposed on people in her own state, New York.

The champagne Socialist was hugging and kissing the drag queens whilst lecturing the rest of us to “mask up” and “social distance.”

The news of AOC’s COVID infection has struck another blow to the crumbling narrative of vaccine’s effectiveness in protecting against COVID.