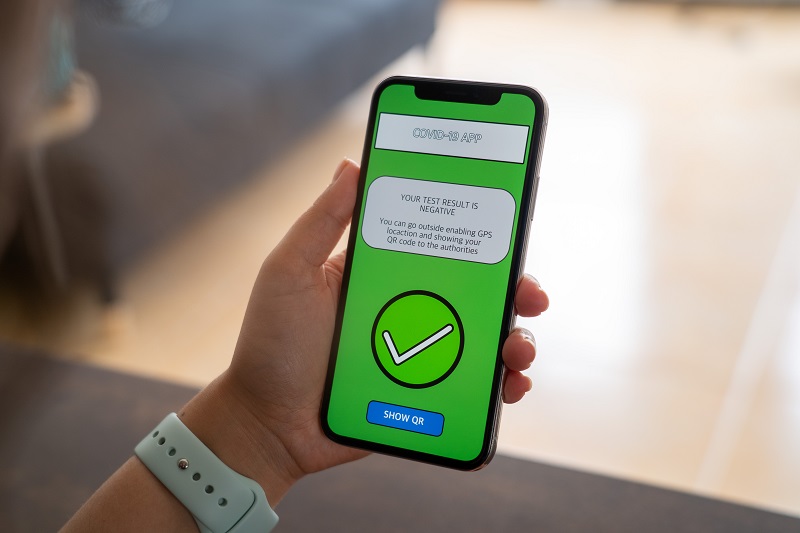 The reality of the so-called COVID 19 pandemic is out before the people as the globalists have openly announced their tyrannical designs: no international travel unless you subject yourself to COVID 19 testing and, when a vaccine of their choice becomes available, also carry a vaccination record.

On October 21st, TravelPulse posted the story about the app CommonPass that stores one’s COVID test results that are read by a scanner at the testing facility set up at the airports. Thus a negative test result stored in the app is instantly read and approved by the scanner. In other words, one beep and you are free to go. But what happens if you do not have any test results stored in your app? What if you chose not to get tested before arriving at the airport for your travel?

The answer is, of course, you will not be allowed to board your flight because testing is mandatory. You will be required to take the test at the airport’s testing facility and if you refuse, you miss your flight and are literally tethered to where you are. It’s likely that the airports will make the installation of this app mandatory as well. So if you do not install CommonPass, you do not get to board your flight.

The story says that Cathy Pacific Airline of Hong Kong and United Airlines of America have already started using the scanning for COVID 19 positive people via the CommonPass app. And those making the rules—in this case, the CDC and the World Travel and Tourism Council—are looking to expand the use of this CommonPass beyond a destination or two. The Commons Project Foundation, the Swiss “non-profit” that co-launched the app, plans to extend the use of the app sooner than later. The organization’s CEO Paul Meyer was cited saying:

“Following these successful trials with Cathay Pacific and United Airlines, we begin the rollout of CommonPass with more of the world’s largest airlines. In November and December, we will launch routes across Asia, Africa, the Americas, Europe and the Middle East.”

The story also says that according to the World Economic Forum the app use would not be limited to air travel but “safe” re-opening of international borders via any transportation will be subject to the use of COVID testing and the best way to do it is using CommonPass. Worse, international travel will require vaccine records.

Safe border reopening will not be possible without mutual trust and recognition between countries of testing results and vaccine records,” said Lauren Uppink Calderwood, Head of Aviation, Travel and Tourism at the World Economic Forum.

That’s the plan initiating total control and is already being implemented. Now that the pandemic hoax is fully out of its bag and the globalist agenda of pharmaceutical Nazism is announced, the question for freedom-loving people is how to defy and defeat this totalitarianism before it’s too late.