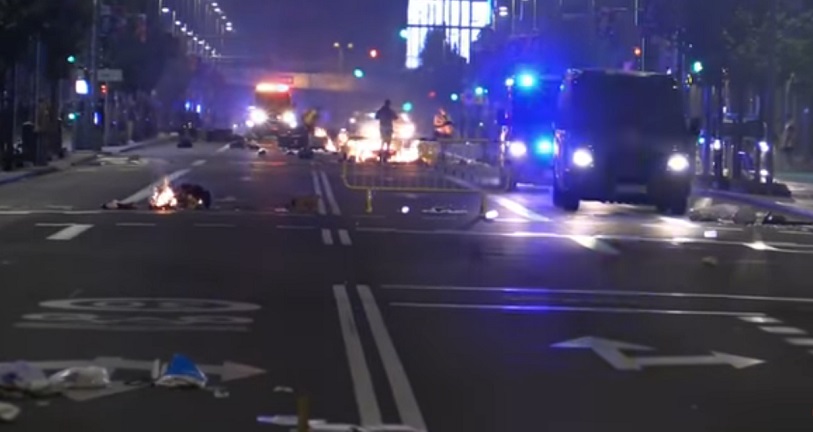 People are rising against government control of their lives in pretense of coronavirus pandemic concerns. Public protests and demonstrations against lockdowns in different European countries are being reported almost daily.

Earlier today, conservative British patriot and activist Tommy Robinson was arrested by British police at a London rally on “suspicion of breaching coronavirus regulations,” the Daily Mail reported. The rally defied the new coronavirus lockdown orders, imposed by the British government, whereby no more than six people can gather in an outdoor public place.

Protests against lockdowns in Spain are on the rise as reported by The Activist Post. Multiple Spanish cities saw protests erupting on Saturday again as the government announced another six months of state of emergency over COVID 19 fears. Russia Today posted a video of violent protests in Madrid showing protesters clashing with police on the streets.

In Italy, the protests against government’s COVID lockdowns have spread across the country over the past week. Protesters are clashing with police and the streets host scenes of chaos and public fury. CTV reported that the Italian government announced compensation for people affected by the restrictions.

The government has announced that five billion euros ($5.9 billion dollars) will be issued to the worst hit professions, including restaurants, taxi drivers and live entertainment venues.

In France, where the government is battling Islamic terrorists over France’s free speech laws, angry protests against new COVID 19 lockdowns were reported by Daily Express on Friday.

Last night, hundreds took to the street to denounce the lockdown order, leading to clashes with riot police.

The people’s anger against governments in all these countries seemingly stems not just from their concern over how the lockdowns affect their professional and personal lives, but also from an increased awareness of the reality of this so-called “pandemic” and a deep distrust of what their governments tells them in order to justify the restrictions and the state taking control of their lives.

One thought on “Protests Rising in Europe against COVID 19 Lockdowns”