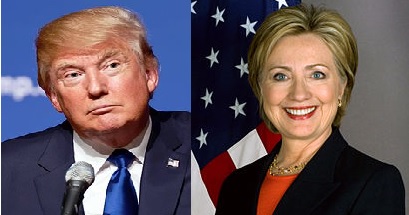 We are just three weeks away from the most important election in our nation’s history. This country is facing a myriad of challenges unlike any other: Islamic terrorism, the collapse of the family, the current economic malaise, foreign debt, just to name a few. It seems that the media, and the presidential candidates would be solely focused on these issues. Unfortunately, we have been proven wrong, time and time again.

Take the latest revelation concerning Donald Trump. On Friday, an eleven year old tape surfaced in which the GOP nominee discussed his sexual escapades. The resulting backlash has led many Republican backers to disavow him. Many who once endorsed him have withdrawn their support in light of the latest disclosure.

For his part, the Republican candidate has apologized for his actions and words. He told millions of us, via TV, that his past indiscretions don’t represent the man he is today.

In the last presidential debate, Donald trump was tasked with proving that he could talk about the serious issues facing this country. He promised a presidency that would include all Americans. He promised to repeal Obamacare and replace it with a better system that would lower insurance premiums and health care costs. Hillary Clinton wants to keep Obamacare, but streamline it in an effort to accomplish the same ends. Both say they want to improve the economy, but which one holds the best plan? If Donald Trump can put more jobs on American soil, then he will have accomplished one of his objectives.

The regrettable fact remains that both candidates have too much baggage to be taken seriously. With Clinton, it is the E-mail scandal. With Trump, it is his past history with women, not to mention his demeaning remarks that we hear far too often.

I was shocked, and disturbed by what I heard on Friday. After listening to this tape, I cannot, in good conscience, vote for Donald trump. There is a history of abuse in my family, loved ones who I care about a great deal were affected by it. It was one of the most painful periods of my live, and even though I have recovered, some of the lasting imprints are permanent. I don’t think we have a viable candidate that is fit for the job of president.

Another thing that concerns me about Donald trump is his closeness to, and adoration for, Vladimir Putin. During last night’s debate, Trump made the assertion that Russia was fighting Isis in Syria. To his discredit, the news reports coming from Aleppo don’t substantiate his claims. The footage speaks for itself.

And yet, Hilary is no better. She helped broker a horrible deal with Iran that gave them $150000000000 in cash, money that they will use to fund terrorism and build the very nuclear arsenal the deal was meant to curb. Hilary has silenced the women that her husband abused, not to mention the Libya disaster of 2012.

My chatline friends have told me it will be a dictatorship anyway we go. None of them hold out very much hope for the future direction of this nation.

In my view, both candidates need to step aside, and let the American people start this whole process over again. Yes, it would be a historical first, but it’s better than the options we have.