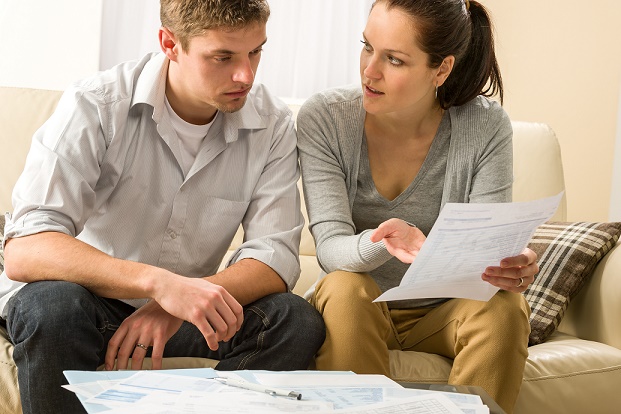 Divorce between two people or the idea of a separation has been around since the beginning of time. What has changed has been the terms of how someone would go about such a separation.

Types of Divorce and Separation

Divorce or the term of divorce comes from the Latin term “mensa et thoro” which means “from table to bed”. While every state within the United States and every country has different ways to proceeded with a divorce, a few of the following things are very basic guidelines that would apply in most cases.

In order for a marriage to become dissolved, there would need to be a formal “dissolution of marriage”. No judgement of the dissolution of marriage shall be granted unless at least one of the following facts appears. First, to obtain a divorce, one of the parties to the marriage must reside six months in the state, region, or territory before filing a petition to divorce. Second, there must be valid proof that the marriage is irretrievably broken. This would involve circumstances of infidelity, abuse, or severe neglect. Third, mental incapacity of one of the parties. This could also possibly involve cases where there is severe drug addiction or alcohol abuse.

The court may, order either or both parties to consult with a marriage counselor, psychologist, minister, priest, rabbi, imam, or any other person deemed qualified by the court and acceptable to the party or parties ordered to seek consolation, or continue the proceedings for a reasonable length to time not to exceed three months, to enable the parties themselves to effect a reconciliation, and take such other action as may be in the best interest of the parties and the minor child of the marriage. From this point, if at any time, the court finds that the marriage is irretrievably broken, the court shall enter a judgement of dissolution of the marriage. If the court finds that the marriage is not irretrievably broken, it shall deny the petition for the dissolution of marriage.

A trial separation is where a couple will live apart for a while in order to make the decision whether or not to divorce. Such legal separation could be seen by many as a positive and allows, time to work through negative emotions that are felt. As well as the fact that such a separation is cost effective, in that each spouse does not have to spend money on an attorney. The statistics of the couples that have filed for a legal separation, 35% ended up filing for divorce.

A permanent separation is mostly for couples that eventually will be filing for a divorce. They remain married until they are legally divorced. This occurs where both parties may need time to adjust to the new situation of being separated.

A legal separation is defined as legally living apart by court-decreed right to do so. Such couples have the rights and obligations of those that are divorced, but without being divorced. The parties are still married and cannot remarry. A spouse could petition for a legal separation usually on the same basis as for a divorce. It includes any requests for child custody, alimony, child support, and dividing properties. Legal separation is rarely used, but is an option for very religious individuals that do not allow a divorce.

During this stage of the divorce there is a period of that may last for a while until the following concerns are addressed. The court might make appropriate orders for the support and alimony of the parties, the primary residence, custody, rotating custody, visitation, support, maintenance, and education of the minor child of the marriage, attorney’s fees, and the preservation of the property of the parties. However, no judgement usually takes place related to the dissolution of marriage renders the child of the marriage a child born out of wedlock.

In any award of alimony, the court may order periodic payments or payments in lump sum or both. The court may consider that adultery of either spouse or the circumstances thereof in determining the amount of alimony, if any, to be awarded.

In determining a proper award of alimony or maintenance, the court shall consider all relevant economic factors, including but not limited to, the standard of living established during the marriage, the duration of the marriage, the age and the physical and emotional condition of each party, and the financial resources of each party.

The court shall adjudicate his or her financial obligations to the spouse and child, shall establish the child’s primary residence, and shall determine the custody and visitation rights of the parties. Such action does not preclude either party from maintaining any other proceeding under this chapter for other or additional relief at any time.

The court may order that the money paid out, to a public officer, state or county, whether the head of a family is residing in the same area or not. Any judgments of the court for alimony, suit money, or child support might go through the so called “middle man” in order to insure timely payments of both child support and alimony are paid in a timely manner.

In the circumstances where the child support is not paid in a timely manner, the public officer must be notified, the officer’s duty is to audit or issue a warrant for the salary sought to be attached immediately upon service to send out proper notification.

The failure to pay child support for an extended period of time could result in the court order called “contempt of court”. Under such an order, the party that is found guilty could face up to six months in jail.

In conclusion, whatever decision(s) we do make, we must always make sure we are making it with the very best intentions for everyone involved.