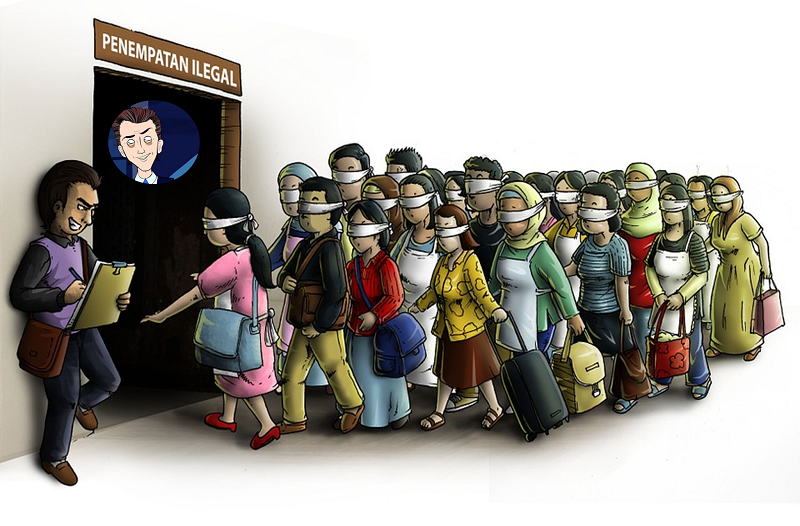 California’s anti-American governor Gavin Newsom has signed a new law that gives illegal aliens a state ID. The law takes the left’s mission of changing Demographics of the country to a new level.

The New York Post reported that Newsom signed the law last Friday and stated that it would support the immigrant community in the state. The law is likely to makes it easier for illegal aliens to use government benefits and vote in the elections posing as American citizens – which liberals use to rig elections and stay in power.

Commenting on the story on the new law, The Washington Times wrote that the law sets a dangerous precedent as it offers incentive for further illegal migration.

If foreign citizens think they can come to California and get a job, find housing and apply for social services, they have more incentive to risk their lives trying to reach and illegally cross the border.

This didn’t stop Democrats from attempting to allow illegals into the country, facilitating their illegal travel and stay in the country, and make laws for the illegals to be fast-tracked into getting the same rights and benefits as American citizens. Currently, anti-American liberals in Washington D.C. are advancing a law similar to New York to allow illegal aliens in America to vote in local elections.

Leftist media puts its dishonesty to work when reporting such anti-American laws and changes the language to present illegal aliens as “undocumented migrants” – a term that hides the illegal background of these foreigners coming to America to live parasitically on the American taxpayer’s money funneled to them by the liberals.