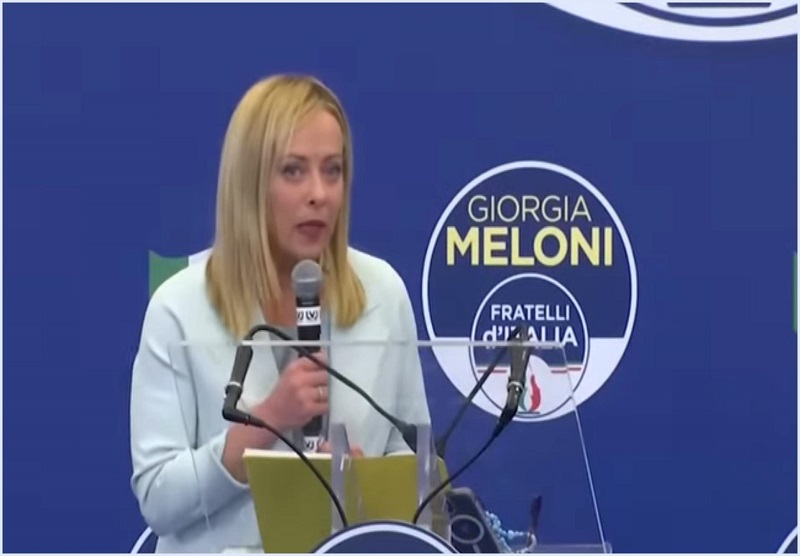 Giorgia Meloni has made history by becoming Italy’s first woman Prime Minister of the country. But instead of being thrilled, the globalist media machinery is sore because Meloni is a solid conservative.

Giorgia Meloni was part of the right-wing coalition running against the liberal coalition in Sunday’s national election to elect the country’s next leader. Meloni’s party Fratelli d’Italia (Brother of Italy) led the coalition by securing most votes in the election. The coalition also includes conservative leader Matteo Salvini’s League and Silvio Berlusconi’s Forza Italia party.

At the age of 45, Giorgia Meloni has become the country’s first female prime minister. However, the leftist media machinery – which usually shows excitement over women’s achievements – is sore over Meloni’s victory because Meloni is conservative and opposes the leftist worldview. Leftist propaganda website Mother Jones described Meloni as “Tolkien-Obsessed Right-Wing Extremist” while mainstream media widely labeled her as “far-right” and appeared mournful over her victory.

Meloni has stood for traditional conservative values of family, God and country and has been a staunch critic of the leftist agenda of robbing nations of thee values.

The victory of conservatives in Italy marks another historic moment in the political landscape of Europe that is seeing a rising of conservatism against destructive liberal policies. Earlier this month,  the conservative coalition in Sweden secured a thin majority in election but nevertheless made historic victory by flipping the otherwise deep blue country red.