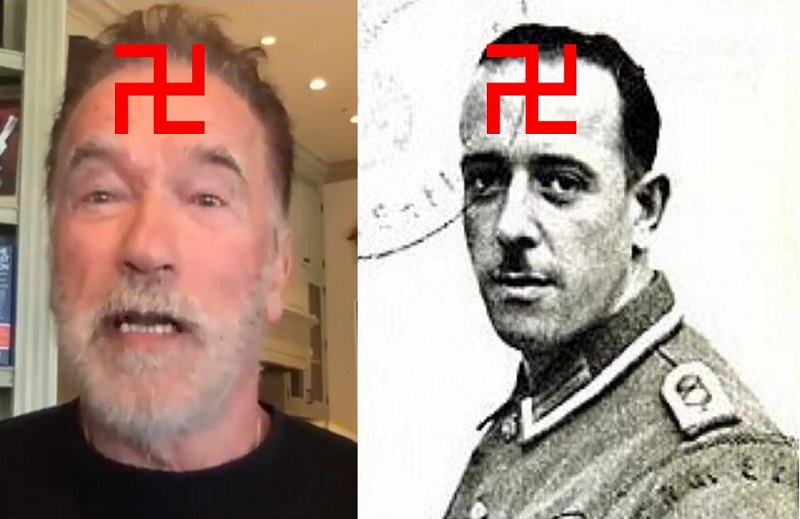 Arnold Schwarzenegger is the son of a Nazi and he hates it when people in America say they want freedom in their lives. So does Schwarzenegger want for Americans what his father wanted for Europeans, namely slavery and oppression?

The once-highest-ranked actor in Hollywood and a Republican-In-Name-Only (RINO) politician, Arnold Schwarzenegger recently lashed out at the pro-choice Americans who refuse to buy the establishment lies and political agenda of mask and vaccine mandates. The New York Post reported that on the discredited fake news channel CNN, Schwarzenegger told pro-freedom Americans, “screw your freedom.”

Schwarzenegger’s rant openly brought out the Nazi blood in him. The suppressed truth is out that he is the son of a Nazi father, Gustav Schwarzenegger, who served Hitler. It’s not known how the Nazi terrorist brought up Arnold and whether the rest of his family also has Nazi affiliations. But on his support of pharma Nazism in America, conservatives were quick to remind Schwarzenegger of his origin as reported in The Western Journal. Journalist Jack Posobiec put it out best on Twitter. 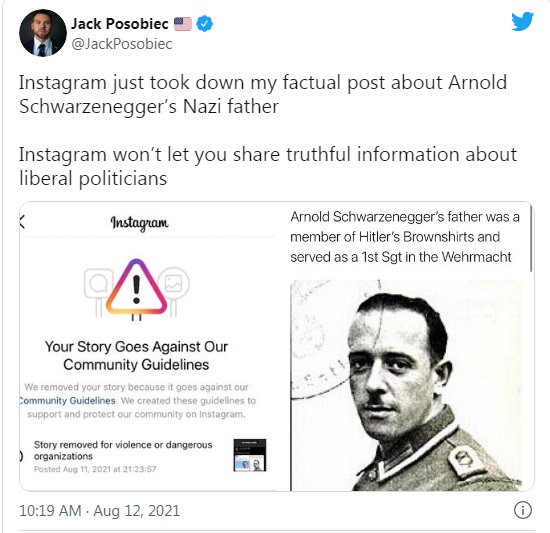 Since we are not that young or old to not remember, Arnold Schwarzenegger also became a public disgrace when he was caught cheating on his wife Maria Shriver and admitted to have not only been sleeping with their housemaid but even having fathered a son with her. The scandal led to his divorce from Shriver and Schwarzenegger went down in history as a liar and a characterless cheat.

So with all respect to his only 2 good movies (Terminator and Terminator 2) through his entire film career, this proud advocate of freedom would like to answer Schwarzenegger in these words: “Screw your Nazi father, your Nazi worldview. And please wear a mask, as you advocate for others, all the time to keep your old rat face covered in the interest of public’s aesthetic well-being.” In fact, what happened in this video in 2019 is what pro-freedom Americans really feel like doing to him right now.