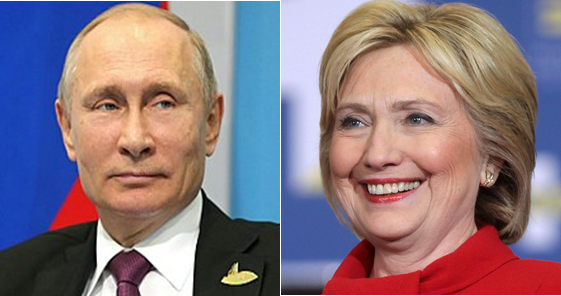 The tables are turned on the Democrats in America after their failed Trump-Russia collusion propaganda as both the US house and senate have launched investigations into a 2010 deal approved by the Obama administration, giving a Russian-backed company rights to America’s uranium.

Though leftist mainstream propaganda media has been silent on the issue, the problem at the core for democrats is big and potentially devastating with a possible criminal investigation digging into their role in allowing Russians access to America’s uranium. The most interesting part of the scandal is the fact that Hillary Clinton was US Secretary of State then and the Clinton Foundation received big donations from some investors in the Russian-backed company—something that is being seen by critics as kick-back money for the deal.

Last week a conservative politician Sebastian Kurz, 31, won the parliamentary election in Austria. The leader of Austrian People’s Party (ÖVP), he secured over 31 percent votes which is insufficient for forming government. Accordingly, he is in talks with like-minded conservative party—the FPO—that shares his stance on immigration.

As the incoming chancellor of Austria, Kurz is seen as a leader who would take measures to protect borders and possibly follow Brexit, i.e., move away from the European Union. Kurz became Europe’s youngest foreign minister at age 27.

In the United Kingdom, a leading weapons seller to Saudi Arabia in its ongoing war on Yemen, two activists face possible prison time for trying to disarm fighter planes bound for Saudi Arabia where they would be used in Saudi war against Yemen.

Sam Walton and Daniel Woodhouse were arrested earlier this year as they sneaked into an airbase with fighter jets bound for flying to Saudi Arabia. They were armed with hammers but before they could get to the planes, the security at the base caught them. More on it from this Aljazeera story.

Federal police in Australia reportedly carried out raids on the headquarters of the Australian Workers Union on Tuesday. Raids were conducted both on national and Victorian headquarters following information that some important documents are missing relating an investigation.