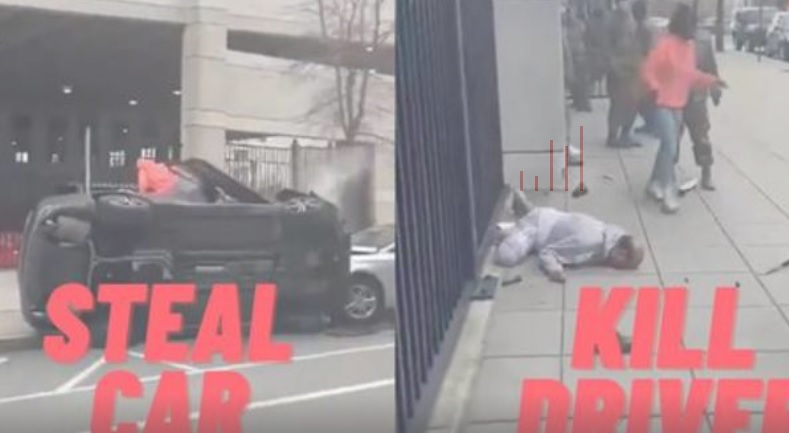 You must have heard of the white privilege myth in America, the one leftist propaganda echo-chamber – aka media – hammers into the heads of its audiences. Now let’s look at who’s really privileged in America to the point of being above the law.

The killer of a Pakistani immigrant Uber Eats driver in D.C. in March this year today pleaded guilty to felony murder following a plea deal with the D.C. Attorney General’s office. Per the said deal, the 15-year-old killer of Muhammad Anwar during a botched car theft attempt by the teen and another 13-year-old black girl won’t be sent to prison. Instead she will go a juvenile detention center and released at 18. No punishment for carjacking, tasing the victim with an illegally acquired taser, and reckless driving that endangered lives on the street – all charges have been dropped. See how law works when a sista pops a brownie?

The deal to get Anwar’s murderer out by her 18th birthday isn’t because she is a minor; it’s only because she is black and has a criminal mentality for which she is getting rewarded by the liberal-judicial complex. After all, they do need future BLM terrorists out on the streets. Need I mention that the Attorney General of D.C., Karl A. Racine, with whom the deal was reached in case of Anwar’s killer, is a Democrat?

But this black privilege isn’t confined to the legal circus in leftist-run districts and states. In propaganda machinery—the fake news media mobs—being a black criminal means silence over the crime, removal of any mention of the offender’s ethnicity in the stories reporting the crime, removing any images of the offender from the stories, and offering minimal coverage so as to tuck the crime under the rug.

As for the family of the victim, they are exercising complete silence, and no Muslims are crying racism or getting out on streets. Over a million dollars in crowdfunding to support the family (who are apparently all adults and capable of supporting themselves, Anwar being in his mid 60s when killed) has worked wonders in sealing the lips of the Muslim and Pakistani community in the U.S.

The two-tier justice circus run by liberals has made it clear for Americas that if a person of color kills another person of color in this country, everybody gets rewarded.