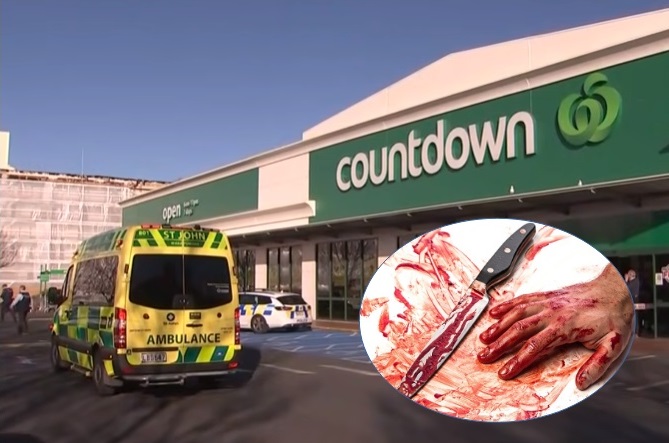 It’s 3 days since the shocking stabbing injuring 4 people happened in Dunedin, New Zealand, and the identity of the suspect is being protected as if it was some family member of the government or media.

The incident, reported on May 10 by popular propaganda outlets like The Guardian, left 4 injured, stabbed by a man whose identity has since been made the ultimate priority, very unlike an ordinary criminal who attacks or stabs someone. And the government—it rushed to say this was not a terror attack, as if anticipation of it being suspected of being a stabbing terror attack that Muslim migrants have been committing widely in Europe, particularly France, and elsewhere.

A blog Islamic State Watch commented on the incident and the response of the government and media pointed to the possibility of the attack as an Islamic terror attack.

Todays Dunedin terrorist prompts Arderns denial to the media that NZ has any issues with Islamic terrorism. Ardern is correct, this is not Islamic terrorism. It is ordinary Islamic behaviour, as we have seen from the many previous knife attacks by Muslims here in southern New Zealand.

Prime Minister Jacinda Ardern of New Zealand has demonstrated openly that she is an Islamist and promotes Islamism in the country. Her 2019 visit to meet Muslims in Denedin is just a glimpse of her unusually close ties to the Muslim community. She remained silent when Islamic terrorists launched one of the worst massacres in Sri Lanka on Easter the same year. No wonder then that she rushed to declare the Dunedin stabbing a “non-terror” incident that is of no concern to national security without any investigation into the matter.

The mainstream media in their stories have shown worldwide support for Islamic terror. The Dunedin attack is no exception. No victims of witnesses interviewed or aired unedited, and no questions asked about what the culprit looked like, what language he spoke, or any other details. When TVNZ interviewed a witness, no questions were asked about what the suspect looked like. And if the witness described him after all, it was likely edited out. No curiosity about the suspect was spotted in the mainstream media that has pretty much dropped the story already.

There are signs of this being an Islamic terrorist attack – namely the protective and passive response of the government, law enforcement, and media. But we won’t know who did it and why unless somebody gets to the real story and focuses on the attacker instead of the victims and their stories for distraction.