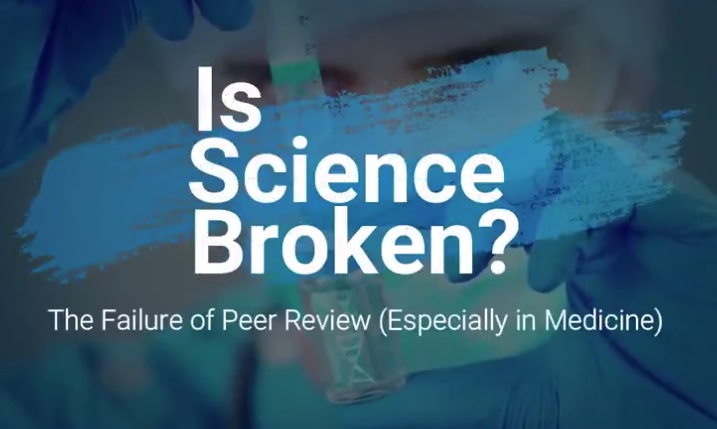 Establishment propaganda factory Associated Press (AP) has been serving the vaccine mafia by misleading people on vaccines and vaccine safety as they selectively run statements from pro-vaccine “experts” trying to fool people into believing that vaccines work and are safe. AP’s latest story is an example of the hogwash that puts public health at risk.

Two names appear at the top of the AP story “Poll: Most in US who remain unvaccinated need convincing” that propaganda platform Yahoo featured today on its homepage: Lauran Neergaard and Hannah Fingerhut. The story is essentially an advertorial for COVID 19 vaccines based off a poll (yes, another one of those cliched, repeat jokes that fools still take seriously) and the statements of a pharma-allied quack. The story’s title says it all, so no need to actually go and see what’s in it—unless you have time to go through the whole jumble of lies and vaccine-selling rhetoric of the propagandists (I took time for it to provide my feedback in form of this comment).

The poll cited is done by National Opinion Research Center (NORC), a so-called independent, nonpartisan research organization – using the organization’s words – whose website does not list its clients and/or donors. However a visit to the site’s Wiki page reveals that its past clients include radical leftist Bill Gates’ Bill and Melinda Gates Foundation – which is a key investor in the vaccine industry – and fake news leftist outlets CNN and New York Times. This tells us all we need to know about their credibility.

The quack cited in the AP story is an interesting character. Meet Kizzmekia Corbett, immunologist at the National Institutes of Health (NIH). Yes the same NIH of establishment pawn Fauci that has been so thoroughly exposed as a corrupt entity that its authority on any/all matters of health and research is at best a public safety risk. Addressing the distrust of the COVID vaccines among millions of Americans, the AP duo of propagandists wrote:

“… people need to hear from trusted sources, whether that’s scientists like Corbett or their own doctors.”

So fake news is telling you to trust the quacks instead of doing your research and asking important questions, using independent sources. Does that lower of increase the risk to your health?

Now what exactly does the research profile of this Kizzmekia Corbett figure tell us? A look at her scientific publications on Scholia reveals that she hardly has any original research credits as a first author, or lead investigator, in at least the last 6 years. She is always credited as a second/third/or fourth author – means the run-of-the-mill research staff that does routine lab work like an average science graduate – in the papers. The only first-author credit she shows during the pandemic time is with a 2020 publication titled “The duty to mentor, be visible and represent.”

Now Scholia shows it as a scholarly article but visiting the original publication shows an interesting surprise. It turns out to be a short (less than 500 words) blog post style of a personal journal/diary entry that reflects on personal thoughts and feelings of importance of mentoring. The publication of this piece as a scholarly article by in nature tells you all about the so-called prestigious journal of scientific research.

A couple years back in time along Corbett’s publication profile we find another interesting example of misinformation—this time by Scholia. An article “Dengue type 1 viruses circulating in humans are highly infectious and poorly neutralized by human antibodies” from December 2018 shows Corbett as the first author; but when you visit the original research article page on PNAS, you find that she is the second author—the first author being Rajendra Raut who designed the research. Misinformation?

The incompetence of NIH and its quacks aside, the AP propagandists attempt to brush off concerns over the serious, in many cases, even life-threatening effects of the COVID vaccines.

A combination of huge studies and real-world data show the main side effects of the U.S. vaccines are temporary fevers or aches as the immune system revs up.

By trashing the questions raised over vaccine safety, Corbett and countless other quacks have not only exposed their own incompetence and lack of credibility but also shown us that the corruption among so-called practicing scientists and professtitutes is the real pandemic causing the most serious risk to public health.