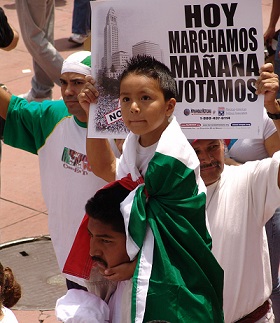 Just when we thought the protests were over, another wave of dissent has broken out. This time, the wrangle is over President Trump’s executive action which bans refugees from seven Islamic countries from entering the United States for ninety days.

The ban applies to Syria, Iran, Sudan, Iraq, Libya, Somalia, and Yemen. These countries were originally identified and singled out as countries of concern by the Obama administration in 2009.

Note the countries that aren’t included: Afghanistan, Pakistan, Egypt, and Saudi Arabia. The fact that these countries aren’t on the list is a mystery to many, both at home and abroad.

In signing off on the order, President Trump and his followers have cited events in Germany, Belgium, and France as the reason for their action. We remember the news coverage of these events, and were horrified by what we saw.

Consider this: the hijackers who carried out the 911 operation for Osama Ben Laden were from Egypt and Saudi Arabia. One of the San Bernardino killers was from Pakistan, and two of the most recent terrorist attacks were carried out by people who were Afghan in Origin. To me, and many others, that is important. And the battle rages on.

On one side, there are divided families, and students who come from one of the affected countries who can’t come back to the United States to complete their studies. There is no doubt that this is a hardship for them. There are those who are fleeing Islamic State control, many from moderate Islamic regimes. These are the very people that we claim to support in their struggle against Isis. There is growing concern among some groups that Isis will use the ban as a recruiting tool for their cause. The Democrats are up in arms, and court challenges to the executive ban have been mounted.

On the other side, the fears of the American people are justified. What if one terrorist slips through the net in the flow? That is one too many. This seems to be the case with the terrorist who mowed down twelve people at the Christmas market in Berlin.

With the growing internet campaign on the part of the Islamic State, given the degree of disaffection there is among certain dispossessed groups in the United States, I believe we have more to fear from a homegrown radical Muslim sympathizer. You get a marginalized group, and brainwash them with the idea that they will have all of the virgins they want in heaven if they martyr themselves, and you have a disaster in the making.

I am by no means advocating that we take in terrorists, to any degree. As I can see, we’re damned if we do, and damned if we don’t. If one fanatic gets through, then that fact plays on the fears of the American people, who will then conclude that President Trump is right. If we don’t, and the person we turn away is from a persecuted minority, then we are just as guilty. We are walking on splinters, and no matter which way we go, it hurts!

We can only pray for the best outcome, and pray for guidance as to the course of action we should take on a personal level. This is the only option left.