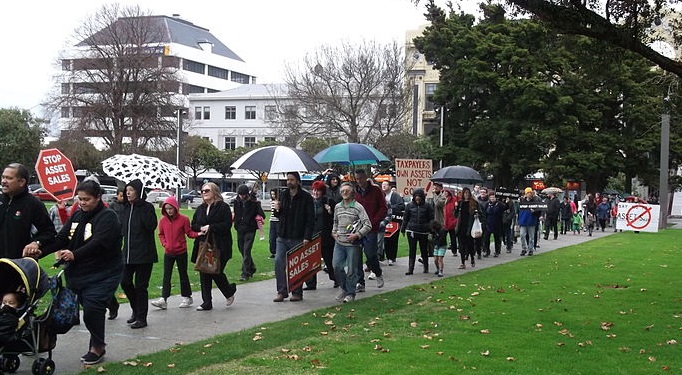 No matter what the cause, protesters have protested in an attempt to raise awareness toward a cause many feel is of great concern.

Most have seen news reports about groups of protesting that have either blocked a roadway or a major highway. On July 9th, 2016, a large group of protesters blocked eight lanes of traffic on a major highway in Saint Paul, Minnesota. That protest occurred over the death of Philando Castle, those protesting were concerned that a great injustice had taken place that resulted in his being killed by a police officer. On January 20th, 2017, protesters successfully blocked a major roadway on the Southeast-Southwest freeway near 6th street exit in D.C. (District of Columbia) for about seven minutes. This group was protesting United States president Donald Trump’s inauguration; the concerns were that many feel the new United States president would take rights away of individuals of several groups of people.

Protecting Those Affected by Protests

North Dakota has a purposed law known as House Bill (HB) 1230, a law that would defend drivers that “accidently” run over protesters. This would shift the burden of proof from the motor vehicle driver to the pedestrian or protestor that intentionally put themselves in danger. This law states “Notwithstanding any other provision of law, a driver of a motor vehicle who negligently causes injury or death to an individual obstructing vehicular traffic on a public road, street, or highway may not be held liable for any damages”.

In almost any case that involves a vehicle hitting a person, the “burden of proof” is always on the driver to “prove” and establish facts beyond a reasonable doubt. Thus a “reasonable doubt” means that there must be “sufficient doubt” on the part of jurors for an acquittal of a defendant based on a lack of evidence.

The reasoning behind such a law could very well be that as the law is written now, if someone were to accidently hit or run over someone, you can be held liable both criminally and civilly. If a worst case scenario were to occur and someone was accidently killed, the driver could even be charged with attempted murder or even vehicular manslaughter.

All regions and jurisdictions across the United States have at least a few laws against “blocking” or “obstructing traffic”. However, the laws are a little “unclear” when it comes to protesting. Blocking traffic in a form of protests is “not illegal” within the grounds of protesting, yet protesters that block highways or streets that they are “not permitted” to be on them will be subjected to arrest.

Minnesota also has several laws that allow for an arrest in such a situation. For example, State statue 427.230 (Railroads blocking streets, bike trails and paths) states, “No person shall obstruct any street, alley or bike trail/path by stopping across it any railway locomotive or railway car, or railway cars, or train of railway cars for any purpose for a time exceeding five, about five minutes.”

State statue 427.280 (Obstructing driver’s view of traffic) states, “No person shall keep or maintain a tree, scrub, hedge or fence within a distance of twenty feet from any street intersection or street and alley intersection or which the city traffic engineer finds to obstruct or physically interfere with a driver’s view of approaching, merging, or intersecting traffic.”

Also, according to state statue 466.240 (Assemblies obstructing pedestrian or vehicular traffic), “No person or group of persons shall assemble or cause others to assemble on any sidewalk so as to obstruct the free passage of pedestrians thereon or interfere with the use thereof.” “It shall be unlawful for any person individually or as a member of any group of persons to loiter, stand, sit, lie or remain upon or within any street, sidewalk, crosswalk or other public way or otherwise occupy any portion thereof with the intent or purpose to block, obstruct, or interfere with free passage of any pedestrian thereon or the orderly free flow or vehicular traffic on said street or public way.” Violation of this law is a misdemeanor.”

The Future Laws of Protesting

Martin Luther King Jr. once said, “If a man has not discovered something that he will die for, he isn’t fit to live.” Yet, he also was famous for peaceful non-violent protest that would otherwise not have affected the everyday bystander. As a student of Mahatma Gandhi and his rules about protests, both historical figures deeply believed this was the best way to bring about change that would both be lasting and encourage any opposed to become at least respectful of the protest.

Questions that may remain but will soon be answered are perhaps: have we forgotten history? Do we seek to oppose those that once used similar tactics toward us? Or are we perhaps, attempting to use harsher attempts to seek redemption from oppression?

Oppression of those that have oppressed has not often resulted in a positive overcome for all.