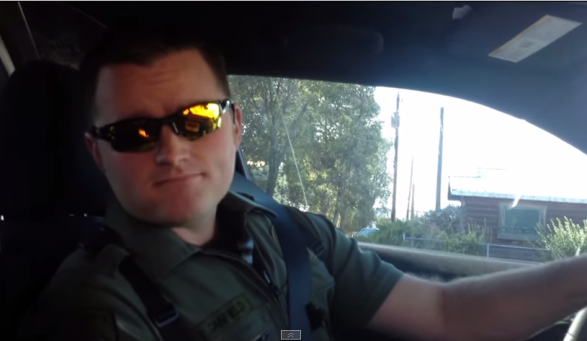 The video that is making headlines lately across major media outlets comes from a Washington-based blogger Gavin Seim.

A liberty speaker, Seim runs the blog Ignite the Sparks! and since he uploaded the video of him stopping a police officer and questioning him about driving an unmarked vehicle on a state highway, the 5-plus-minute video has been featured in several major news stories including front-page Yahoo news and The Blaze.

Of now, Seim’s video has been shared over 14K times on Facebook from his blog and over 32K shares from The Blaze. The scene narrative aside, the incident shows how a well-informed blogger can play an important role in making reforms to the system in a democratic society.

With the increasing influence of blogosphere, bloggers like Gavin Seim are at the forefront of protection of civilian rights and making authorities responsible for violation of law and the constitution.